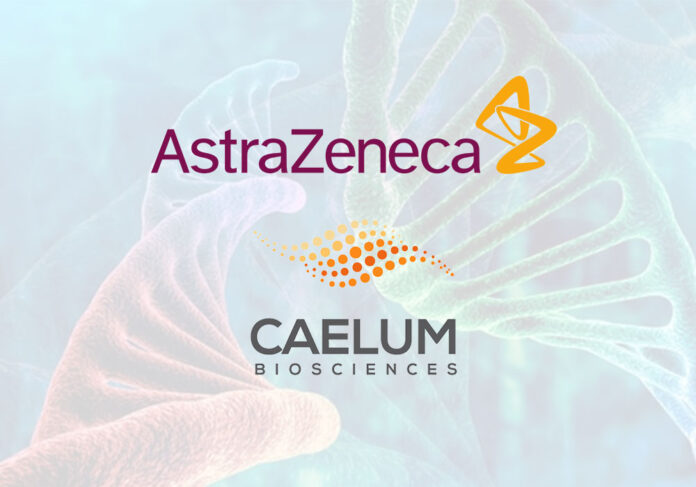 British pharmaceuticals company “AstraZeneca” announced that it will fully acquire Caelum Biosciences in a deal worth up to $500 million, sharpening its focus on rare disease drugs after its acquisition of Alexion Pharmaceuticals.

The deal gives AstraZeneca access to other potentially profitable rare disease drugs that are undergoing late-stage trials and has “fast-track” status under regulatory review in the United States.

Caelum will become part of AstraZeneca’s Alexion division, which specializes in rare diseases, which it bought for $39 billion earlier this year.

Alexion will pay $150 million to purchase the remaining stake it does not already own in Caelum and make future payments of up to $350 million, depending on milestones achieved.

Alexion acquired a minority stake in Caelum in 2019.

The pharmaceuticals company Caelum Biosciences is intended to treat AL amyloidosis, a rare, life-threatening disease that damages the heart and kidneys and affects an estimated 20,000 people in six Western countries.

The disease causes abnormal proteins called amyloids to build up in human organs and disrupt their normal function. Caelum is a type of monoclonal antibody that binds to amyloid deposits to reduce or remove amyloid deposits and improve organ function.

“With a median survival time of less than 18 months following diagnosis, there is an urgent need for new treatments for this devastating disease. CAEL-101 has the potential to be the first therapy to target and remove amyloid deposits from organ tissues, improve organ function, and, ultimately, lead to longer lives for these patients.” Alexion CEO Marc Dunoyer said in a statement.

Alexion, AstraZeneca Rare Disease, is the group within AstraZeneca focused on rare diseases, created following the 2021 acquisition of Alexion Pharmaceuticals, Inc. As a leader in rare diseases for nearly 30 years, Alexion is focused on serving patients and families affected by rare diseases and devastating conditions through the discovery, development, and commercialization of life-changing medicines. Alexion focuses its research efforts on novel molecules and targets in the complement cascade and its development efforts on hematology, nephrology, neurology, metabolic disorders, cardiology and ophthalmology. Headquartered in Boston, Massachusetts, Alexion has offices around the globe and serves patients in more than 50 countries.

AstraZeneca (LSE/STO/Nasdaq: AZN) is a global, science-led biopharmaceutical company that focuses on the discovery, development, and commercialization of prescription medicines in Oncology, Rare Diseases, and BioPharmaceuticals, including Cardiovascular, Renal & Metabolism, and Respiratory & Immunology. Based in Cambridge, UK, AstraZeneca operates in over 100 countries and its innovative medicines are used by millions of patients worldwide.