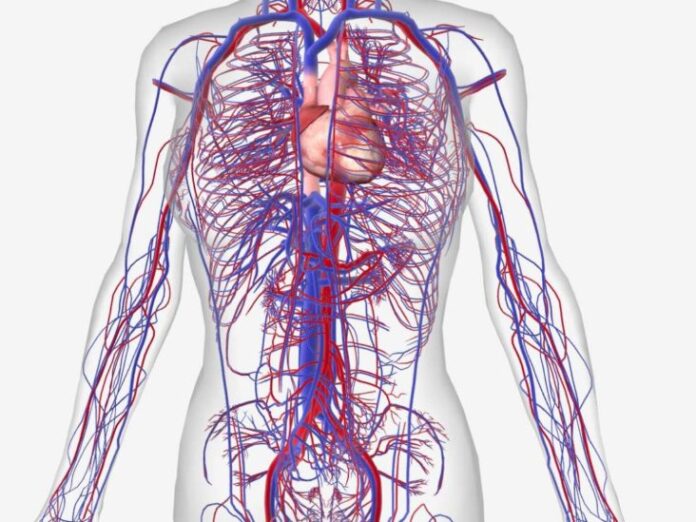 How Many Veins in the Human Body, and Does Everyone Have the Same Amount?

The heart pumps blood nonstop throughout the body, passing through several types of “tubes” before returning to the heart again.

Blood is pumped from the heart first through the strong, flexible arteries. The aorta, the main artery that exits the heart, branches off to form the systemic circulation that carries oxygen to the various tissues of the body.

These arteries gradually narrow in size, until they branch into the capillaries, which are channels with very thin walls where gas exchange occurs between the tissues of the body and the blood. Veins, which gradually increase in size, work to return oxygen-depleted blood back to your heart.

The total length of all the blood vessels in the body is about 97,000 kilometers (or 60,000 miles) – twice the distance of the Earth’s circumference at the equator.

However, given that the majority of these vessels are capillaries, it is very difficult to get accurate numbers about them. Veins extend from all major parts of the body, but not everyone has the same amount; The younger you are, the less blood your body carries, and the fewer blood vessels you’ll need.

However, everyone has veins and arteries that reach all parts of the body, at least 34 major veins, and a large group of smaller veins connected to capillaries.

Why Do Men Have an Adam’s Apple While Women not?

The Adam’s apple (or laryngeal node) is a cartilaginous bump that appears in the front of the neck.

It forms part of the larynx and is usually larger in men than in women – so in fact, both sexes have Adam’s apple. However, the latter appears more prominent in men because testosterone, the main male hormone, increases its size during puberty.

For this reason, men have longer vocal cords and deeper voices compared to women.