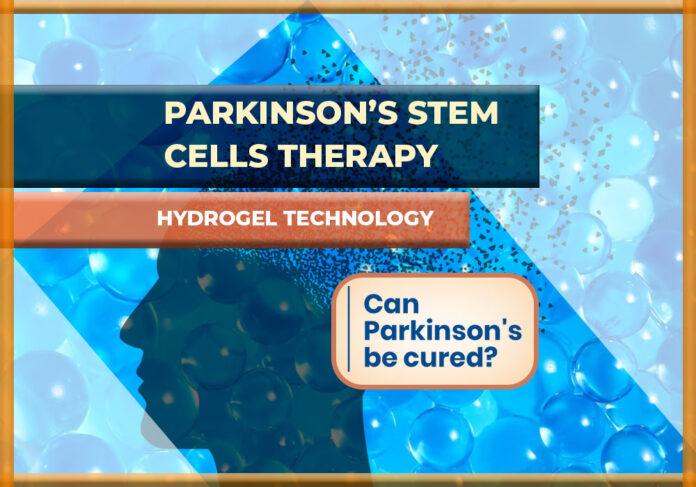 A year and 3 months ago, a 69-year-old patient with Parkinson’s disease regained his ability to lead a near-normal life after transplanting skin cells that were programmed to produce dopamine in his brain.

He was able to tie his shoes again, swim and ride his bike, according to the results of a study published at the time by the New England Journal of Medicine.

Parkinson’s patients suffer from damage and degeneration of neurons that produce the neurotransmitter “dopamine”, which is essential for normal movement performance, which leads to the emergence of symptoms of the disease, most notably tremor, slow movement, muscle stiffness and loss of autonomous movements, in addition to speech changes, and changes in The ability to write.

And the successful treatment of this patient was achieved about two years after a team at Harvard University in the United States transplanted the same man’s skin cells to produce neurons that secrete dopamine; In order to significantly reduce the chances of rejection of the immune system.

But this is still an individual model, as large-scale clinical trials of the Parkinson’s treatment with stem cells have not yet been conducted, and although decades have passed since the first human fetal brain cells were transplanted in 1987 at Lund University in Sweden, the fate of these trials was the international suspension in 2003; Because early studies on embryonic cells yielded mixed results that are impossible to explain, before those experiments were revived again in 2014.

This treatment, which is still in the experimental stage, belongs to a new approach that may help treat Parkinson’s or Parkinson’s disease, by using induced pluripotent stem cells (iPS), which are created by reprogramming cells of tissues from the body, such as the skin, so that they return to normal. The cell resembles an embryonic state, and can form into another type of cell.

Standard treatment for Parkinson’s disease includes drugs, including the drug (L-Dopa), approved since 2003, which relieves the side effects of the disease, but it can also cause side effects, most notably digestive disorders and nervous disorders.

In a step toward enhancing and testing this experimental treatment, researchers from the Australian National University have developed a new type of hydrogel (gel), which they say could fundamentally change the way Parkinson’s is treated.

In their study, recently published in the journal (Advanced Functional Materials), the researchers explained that the hydrogel, which was developed in cooperation with the Florey Institute of Neuroscience and Mental Health in Australia, provides hope for patients who have suffered from other neurological conditions such as strokes, and can also be used to treat knees or shoulders.

Professor David Nisbet, from the Australian National University School of Medical Research and lead author of the study, says that although dopamine-related drugs are an easily used treatment for people with Parkinson’s disease, many drugs have undesirable side effects that worsen over time.

But the Parkinson’s stem cells therapy or stem cells transplantation technique performed with this hydrogel saves patients of these effects.

He added that the new hydrogel can provide a one-time intervention that maintains dopamine levels with the possibility of relieving symptoms of the disease for decades to come, and at the clinical level, it will be a relatively simple procedure with minimal surgical intervention, and this is what makes it an important discovery, according to his opinion.

The new material is made of natural amino acids (the building blocks of proteins), and acts as a gateway to facilitate the safe transfer of stem cells to the brain and restore damaged tissue by releasing a growth protein called GDNF.

By placing the stem cells in a hydrogel, they experience less stress when injected into the brain, so that they are gently fused with more chances of success.

Nisbet explained that the natural amino acids make the hydrogel completely natural. It is also a smart system in the sense that it looks like a gel, and when it mixes with stem cells, it turns into a liquid that is injected into the brain through a very small capillary tube, and once inside, the hydrogel returns to its solid form. , providing support for stem cells to replace lost dopamine cells.

The team experimented with hydrogel technology on experimental mice, in which they inflicted neuronal injuries in the brain similar to Parkinson’s, and the results showed increased survival of grafted dopamine neurons in the mice.

Nisbet sees this as an important finding, saying: “The hydrogel successfully developed reverses the locomotion symptoms associated with Parkinson’s disease injuries in animals.

We have observed a significant improvement in the animals’ paw movement and overall restoration of motor function.”

Mohamed Salama, associate professor at the Institute of Global Health and Human Environment at the American University in Cairo, considered that the study achieved very distinct results at the level of basic experiments conducted on animals, but he called for cautious optimism and extreme caution with regard to talking about the extent to which treatment is available to patients, so as not to give them False hope for a treatment that still has a long way to go and years of human trials until it is fully approved.

1- Trials Are Still on Animals

The first reason which is that the good results achieved by the research team in experiments on animals do not necessarily mean that they will be repeated on humans, and there are dozens of experiments that were conducted before in this context, and the same results were not given after trying them on humans.

Humans, which is why research into the use of Parkinson’s stem cells therapy was discontinued in 2003, after more than 15 years of futile trials.

2- Results Are Not Long Lasting

The second reason is that previous experiments conducted on the transplant of stem cells in the human brain gave an improvement temporarily and not permanently, and after about 10 years, scientists discovered that the damage is transmitted to the transplanted cells and became similar to damaged cells, and this is because Parkinson’s is not often caused by brain injury or a specific tumor, but it is a systemic disease.

This means that there are various risk factors That interfere and lead to a defect in the neurons that causes Parkinson’s disease, including environmental and genetic factors in addition to exposure to toxins, and this process may take 20 years.

But these conditions are not achieved in experimental animals in which scientists cause damage to brain cells similar to Parkinson’s, but they not naturally having Parkinson’s.

This leads us to the main problem in neuroscience research, which is that many new therapies succeed in experimental animals, but fail in humans because they do not mimic the conditions and circumstances of real human disease.

The third reason, according to Salama, is related to the lack of good follow-up to the results of the treatment, and the extent to which the improvement has continued, as follow-up is often done for only several months in experimental animals, and when there is a noticeable improvement, scientists move to clinical trials on humans, noting that most studies Conducted on humans achieved satisfactory results in the first year, but the main problem here is the extent of this improvement, and this was revealed after an evaluation of the effectiveness of the treatment 10 years after receiving it.

He noted that there are currently available treatments for Parkinson’s that cause temporary and not a permanent improvement, such as deep brain stimulation, but its cost is very high, in addition to drugs such as “L-Dopa” and other similar treatments, all of which come with temporary results, and its effect ends over time because the body It develops resistance to these drugs.

Rehab Shamma, assistant professor at the Department of Pharmaceutics and Industrial Pharmacy, Faculty of Pharmacy, Cairo University, considered that the results are good, as experiments have proven that hydrogel can allow stem cells to be delivered to nerve endings in Parkinson’s patients, in a way that preserves the integrity of stem cells from damage that occurs during traditional operations. to transfer it to the brain.

She added to “Information”, that the research team tried to provide a new solution for treating Parkinson’s patients, instead of the currently available drugs, which reduce the symptoms of the disease but do not treat it radically.

Regarding the results, she explained that the team tried to find a solution to deliver stem cells to the nerve endings in the brain, to replace the cells responsible for dopamine; Because the problem that researchers were facing before is that during the transfer of stem cells to the brain, they are greatly destroyed and damaged, because the climate in which they are transmitted is not suitable, as a result of the pressure they are exposed to during their transfer through a tube to the brain, and a small percentage may not survive More than 5%, and the idea was that the study team would find a solution to this problem, so they created this hydrogel that preserves the quality of stem cells during their transfer to the brain from damage.

Regarding the importance of the results, “Shamma” indicated that the study provides preliminary indications, as the results demonstrated that the treatment showed a clear improvement in movement and the transmission of nerve signals well in experimental mice.

And this improvement continued for several months after transplantation, this is a very promising result, which can provide a solution to treatment period and frequency, given once every several months, instead of traditional daily medications, but needs confirmation of results after obtaining approvals for use in clinical trials in humans.

Improvement Appears to Be Promising

Nisbet commented that the team has not yet conducted clinical trials, but it seems very promising in light of the results achieved on animals and indicated that the new hydrogel is cost-effective and easy to manufacture on a large scale and in large quantities, which means that it can be easily made available in hospitals when It’s ready to be rolled out, but it has to go through clinical trials first, and if it’s approved, I really think it could revolutionize the treatment of this disease.

On their future steps, he continued: “There are some small changes we are making to the hydrogel to check how we get it into the human body. which we hope will be available for use in the not-too-distant future.”