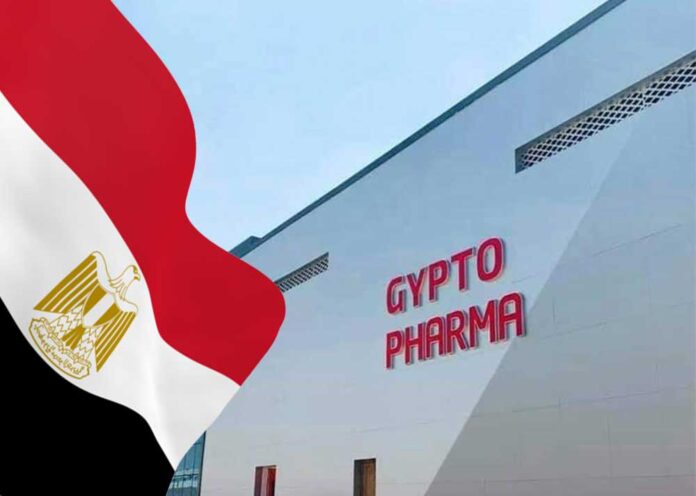 President Abdel Fattah El-Sisi inaugurated, yesterday, the new pharma city project “Gypto pharma” in the city of Khanka in Qalyubia governorate, in the presence of a number of senior statesmen, and this project aims to provide medicines with the latest international technologies at reasonable prices.

The “Pharma City” project was a dream of the Egyptian country that started 3 years ago, to become one of the medical pillars of the country to provide safe, effective and accessible medicine to various segments of society.

“Gypto Pharma” is considered the largest pharma city and pharmaceutical factory in the whole Middle Eastern region with a production capacity of almost 150 million packs of medicine annually.

The strategic vision of the new Pharma City is to provide safe, effective, and high-quality medicine, to be one of the arms of the powerful industrialized country to provide modern medicines at the highest level, with the city’s ambition to become a regional center for manufacturing, especially as it is considered the largest drug manufacturing city in the Middle East.

Gypto Pharma seeks to cooperate with national and international companies and to open export horizons to African countries, the Middle East, Arab countries, and Europe at a later time.

The pharma city “Gypto pharma” is constructed on ​​a big space of 180,000 sqm, divided into two very large factories, which include 20 production lines in which all pharmaceutical forms are manufactured, from tablets, capsules, effervescent, syrup pharmaceutical products, and creams, through the highest technology in pharmaceutical manufacturing worldwide.

The Egyptian country considered using the latest technology machines in this project. The automated manufacturing machines were purchased from the biggest American and European companies that have a big fingerprint in drug manufacturing worldwide.

The “Gypto Pharma” machines are fully automated, and if the worker puts his hand inside the machine or opens it, the manufacturing process stops completely, and the role of human cadres is limited to placing operating data and information on modern machines only.

Automation of manufacturing and decreasing human intervention in the manufacturing process can lead to more efficient and better-quality products and increases production capacity.

“Gypto Pharma” manufacturing machinery is equipped with cameras that automatically sort out any type of tablets that don’t conform with the required specifications in terms of weight, color, or anything.

The machines in the project have automated cleaning for the machinery, instead of disassembling and cleaning by hand.

There is also another area in the project, which includes 5 production lines that manufacture ampoules, vials, solutions, ophthalmic drugs, and anesthetic drugs, which makes both areas cover all the required pharmaceutical forms in the country.

The new Pharma City applies what is known as “Good Manufacturing Practices”, where it applies the highest quality standards while providing an electronic governance system, with attention to human resources to provide a professionally trained worker, with the work of nearly 200 workers in the city as a whole, as it works in a fully automated manner.

The “Pharma City” works on the production of medicines for chronic diseases, as it focuses heavily on them, including drugs for hypertension, cardiovascular diseases, diabetes, kidneys, brain and neurons, and antibiotics.

As they are essential to demand that affects the lives of citizens, in addition to medicines used in protocols for treating the emerging Coronavirus (Covid-19), as the primary goal of the city is to secure vital medicines for the country, and production of vaccines in the future.

It is decided that the pharma city will include future expansions, including the sector of vaccines and vaccines at a later time.

The city aims to integrate with the private sector companies through great cooperation with them, while working to meet the needs of the local market in the first stages of the project, then exporting at rates ranging from 25% – 30% of the production of “the city” in a scalable manner.

Gypto Pharma is seeking to obtain European accreditation certificates in order to open markets to Europe for the export of medicines produced in Egypt.

Gypto Pharma will also work to spread the correct drug culture, in a way that works to rationalize the wrong use of the drug, so that its uses are the “needed use” only, without the excessive use of drugs due to their dangers to the body.

The products of Gypto Pharma will be available in the market after the end of the testing phase, provided that every product that is approved by the responsible authorities will be released successively.

Gypto Pharma also cooperates with the Egyptian Medicines Authority in providing strategic medicines for which there is a “high import bill”, so that they are available to the Egyptian citizen at “acceptable prices”, in addition to manufacturing any medicines that have deficiencies in the local market.

There are also research, development, and quality assurance laboratories in the city, with marketing plans in place by inviting doctors to visit them to introduce their drugs, and to cooperate together in spreading the culture of “disease control”, as the role of the authority will not only be industrial but also educational.

Attention to Details in the Whole Production Process

The city will also pay attention to everything including the manufacturing and business operation processes, which include producing high quality and effective drugs, and quality packaging to release competitive final products that can compete in the local and international markets.

Also, Gypto Pharma has centers for research and development, quality assurance, with attention to implementing quality standards at the highest level.

What is Virtual Healthcare?

HCIT for Physicians, a Burden or Empowerment to achieve the meaningful Use

Radiologist Vs AI in Medical Imaging, Who is The Winner?

HCIT for Physicians, a Burden or Empowerment to achieve the meaningful Use

How to Secure Medical Equipment for Developing Countries in the Pandemic Age?

Vertigo Treatment: A Case Study of Vertigone by HumanX

9 Foods and drinks to Avoid During Ramadan

How to overcome covid loneliness with AI

COVID is unlikely to be eliminated – Here’s How We’ll Treat...