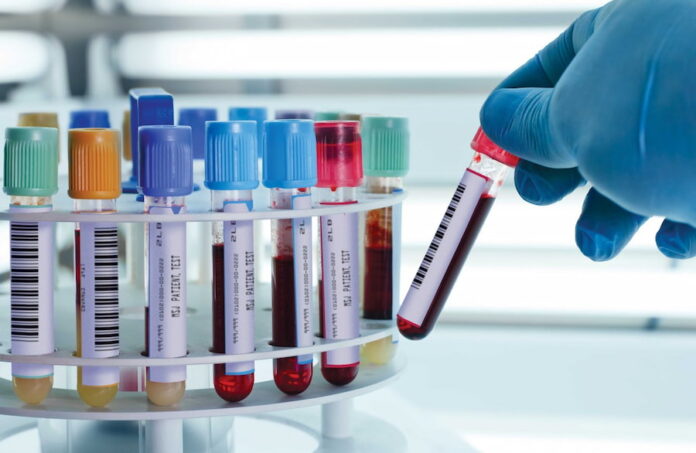 Blood sample collection tubes, used in clinical laboratories and hospitals, are among the important tools for starting any analysis or examination.

The Vacuum Tube system (Vacutainer) for collecting blood used in various laboratory tests consists of tubes of various sizes, with colored caps indicating the contents of the tube. Most blood-collecting tubes contain an additive that either speeds up blood clotting (clot promoter) or prevents blood clotting (anticoagulant).

and for the different types of laboratory tubes, their uses, and even their sizes, they have been defined globally by reference to distinctive colors that distinguish them from each other, What is the color, what are the primary colors, and what do they indicate?

What are the Colors of the Blood Sample Collection Tubes and their Uses?

The Purple blood sample collection tubes contain an anticoagulant called EDTA, which is a short name for ethylenediaminetetraacetic acid, as this substance binds to calcium in the blood, preventing it from clotting.

These tubes are also used in comprehensive blood tests, which require the whole blood sample and all of its cells. Examples of tests that require this type are:

Dealing with this type of test tube requires making sure that the blood is mixed with the anticoagulant, so it must be stirred for 8 minutes to mix well, by turning it frequently.

It works with the same purple tube mechanism, but it is used more in blood transfusion analyses of blood samples, as it also contains the anticoagulant substance EDTA, and is used to examine the patient’s blood group, then compare it with other types to reach the appropriate type for the blood transfusion, or the so-called cross match, As for the method of its use, it is similar to the first type in that, as you need constant stirring to mix with the substance, an anti-coagulant.

Generally used for haematology tests, contains sodium citrate; As a reflective agent for blood clotting, Sodium citrate binds to calcium ions to prevent coagulation so that it is used in blood clotting tests, calculating bleeding time, in addition to important blood coagulation tests such as D-dimer. that the tube shall be filled to the limit, or the line drawn on it; As more, or less than that will not be good for examination.

This type of test tube is used in most analyses and laboratory tests such as; Blood chemistry, hormones, and other tests, whereby it is based on the separation of blood serum, through silica particles, and gel, so that the silica particles accelerate blood clotting and coagulation, while the gel separates red blood cells from plasma by floating Between them, then using a centrifuge, the blood serum is separated and will be in the upper yellow layer.

Examples of the tests that can use this tube are the following:

It is rarely used, because it is used for only two tests that can be covered by a yellow capped tube, which are blood glucose (sugar) and lactate test.

This tube contains sodium fluoride; As an antiglycolytic agent to ensure that no further breakdown of glucose occurs within the sample, it also contains potassium oxalate acting as an anticoagulant.

It is not common to use it, it contains silica particles inside it as a clot activator to separate blood serum, it can be used in hormone tests, and toxicology tests, but the yellow color has got all the share in that, and it can be found in the glass form of it.

This less frequently used bottle is intended for biochemistry tests that require heparinized plasma, or whole blood for analysis, and can also contain sodium heparin which works as an anticoagulant, common tests performed with a dark green blood sample collection tubes are as follows:

These rare species are used in biochemistry tests that require separated heparinized plasma; It contains lithium heparin, which acts as an anticoagulant, and a plasma separating gel.

Blood is made up of three main components; These are red blood cells, white blood cells, and platelets; Where it can be separated by centrifugation into blood cells and blood plasma, or serum, which contains water, and substances dissolved in it such as antibodies, hormones, and enzymes.

Blood samples vary, depending on the location of the withdrawal, and thus can be classified into:

It is common for blood to be drawn for most samples, and to take a sufficient amount of blood, it is taken from the superficial veins in the elbow of the hand, the wrist, or from the femoral vein.

This type of drawing is used to measure blood gases; Such as oxygen and carbon dioxide, and care must be taken when withdrawing from it, and requires good experience in that, it is possible to withdraw from the brachial, or radial, arteries.