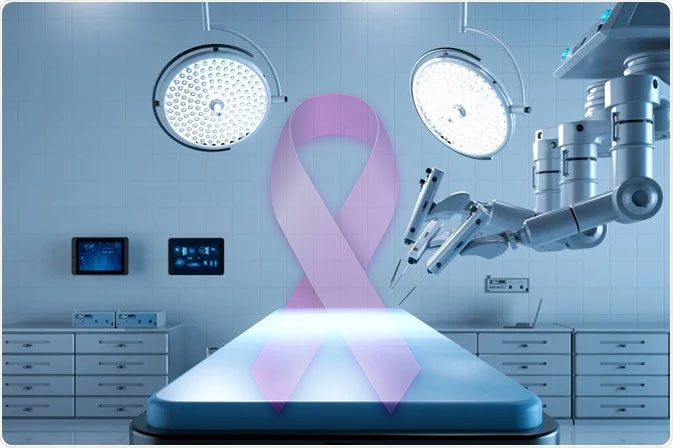 Robotic surgery for women is an evolution of laparoscopic surgery with some minor differences; During laparoscopic surgery, the surgeon makes small incisions on the patient’s abdomen to enter through them using a camera and small tools while he is at the bedside. These tools move in either the up or down directions only.

Robotic surgery for women begins in the same way, where the surgeon makes these small incisions, but during the operation, he is not at the bedside, but rather stands at the console to move the tools that are the robot’s arms that reach places that the surgeon’s hand cannot reach.

Here lies the difference, as these arms move in all directions, unlike laparoscopic surgery, which gives the surgeon the opportunity to perform more precise and complex operations and a clearer vision.

There are many gynecological operations that have moved from traditional surgery to laparoscopic surgery and then to robotic surgery, as determined by the treating physician and surgeon, ranging from simple hysterectomy to more complex pelvic surgeries with severe endometriosis.

Robotic surgeries for endometrial, cervical and ovarian cancers can also be performed.

Robotic surgery for women assists in very complex ovarian or endometrial cancer operations that involve the removal of metastatic tumors.

About 90% of gynecological surgeries can be performed by robotic or laparoscopic; Large and complex operations require a robot because it gives us very accurate results.

As for the less complex, it is sufficient to perform them through an endoscope in order to reduce the cost to the patient, in addition to that it does not require this type of high technology.

Excision of uterine cancer, along with the ovaries and lymph nodes, in case the tumor has spread, according to the size and spread of the tumor; It should be noted here that the majority of patients who undergo this type of surgery are elderly, and therefore their ability to tolerate pain is less and the possibility of post-operative complications is higher, which means that this type of robotic surgery for women is considered safer for them.

One of the surgeries that can be performed is also the excision of the fibrous tissue, and it is no secret that about 30% to 40% of women suffer from the presence of fibroids; Here, despite the importance of getting rid of the fibroids and removing it, the most important thing is to preserve the uterus because a large percentage of those who have “fibroids” are unmarried girls or are still of childbearing age, which necessitates the doctor to maintain the health and safety of the uterus This is something that the surgeon can do through the laparoscopic or robotic procedure.

One of the operations that are also considered difficult is the case of endometriosis, and its difficulty lies in the possibility of diffuse adhesions that may be on the intestine, urinal, ovary, or uterus; Performing this type of operation provides the opportunity to safely and accurately remove all adhesions.

Hysterectomy is in turn one of the most common operations, and it is one of the complex operations that require intervention by a robot, especially in cases where the woman is one of the women who give birth by cesarean section, which leads to the presence of adhesions on the uterus.

Uterine prolapse operations are also successfully performed by this technique, with the exception of some cases.

In the past, all of these surgeries were performed in the traditional way, which required a large incision in the abdomen.

Why Robotic Surgery for Women is the Best Choice

Women have benefited greatly from these developments in the operating room; Robotic surgery for women helped the woman to recover quickly after the operation, making her return to her work and normal life within a few days and to be discharged from the hospital on the same day or the next day at the latest, with fewer complications and pain, as well as reducing the chances of infection the location of the incision and less blood loss.

Perhaps what matters to the woman is that the wound is smaller and the scars are less visible so that they do not exceed millimeters and are usually 4 holes created by the four arms of the robot, which allows the patient to recover quickly and leave the hospital quickly.