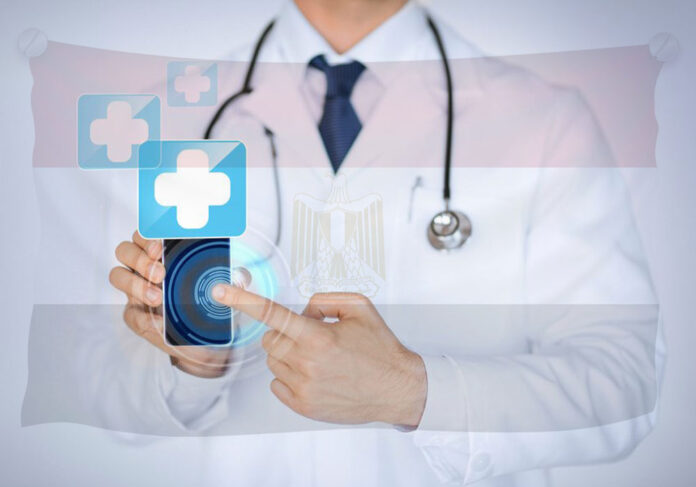 A promising future for digital health apps in Egypt during the next year was the statement of a number of officials of digital health startups and representatives of venture capital and investment funds.

They stressed that Egypt should pay noticeable attention to technology developers and innovators in this field, similar to the activity of financial technology solutions by injecting funds ranging from 1.5 to 2 billion pounds, especially with the continuing pandemic of the Coronavirus.

They said that digital health apps are expected to play a pivotal role with the completion of the entire digitization of the health sector in Egypt, which contributes to reducing corruption and overcoming the weaknesses of the health system in Egypt.

Adham Youssef, co-founder of the check me app, revealed that the company aims to expand in the cities of the Delta and Upper Egypt, in addition to starting periodic examinations at low prices that do not exceed EGP 150 to detect any diseases at an early stage and raise the awareness of various medical services.

He pointed out that negotiations were conducted with a group of investment funds to pump EGP 30 million into the CHECK ME app, noting that the company aims to reach 100,000 users by 2022, compared to 50,000 currently.

He stressed that the application aims to acquire 10% of the total market for digital health apps in Egypt that operate with the home visit system to collect analyzes, noting that CHECK ME aims to provide a package of new services during the coming period, including home visits to doctors of all specialties in partnership with the “My Doctor” clinic.

He pointed out that the application contracted with 13 clinical laboratories at different prices, which gives the user the freedom to choose the laboratory and the price that suits him, indicating that the application, since the beginning of the Covid-19 pandemic, has provided a special service for PCR test at competitive prices compared to other applications.

He added that Check Me app has also established an academy to train laboratory technicians on preventive measures such as wearing masks, face masks and permanent disinfection, given that the app depends on the home visits system.

He pointed out that the CHECK ME app provides several services, including facilitating the process of collecting samples from laboratories, in addition to other free services, including talking with a doctor and medical consultations, through which the doctors on the platform see radiology images and lab results and interpret them for users, in addition to providing medical consultations and reservation services for laboratories.

It is noteworthy that the “Check Me” app is the first medical diagnostics application in Egypt, which was launched in October of last year.

In a related context, Dr. Ahmed Shamikh, Chairman of the Board of Directors of “Consulto” company, announced the targeting of contracting with 8,500 doctors and reaching 5 million patients at the level of the Republic, pointing out that 300 pharmacies and more than 700 doctors have been contracted so far, in addition to 30 clinical laboratories in a period not exceeding three months, since the launch of the platform.

He added that the company plans to launch advertising campaigns at the beginning of the new year through various media and social media platforms, which will result in an increase in the volume of new investments by up to 30% to spend on two axes: increasing the number of employees and marketing.

And he revealed that the application will include a set of new services during the next stage related to confronting the covid-19 pandemic, including providing doctors from intensive care units to consult from home and sending junior doctors for critical cases at home.

He added that the application is concerned with the infection control feature and intends to add the service of organizing reservations for doctors contracting with the company in order to reduce overcrowding in various medical clinics.

He expressed his optimism about the future of digital health apps in Egypt, especially as they are in line with the measures taken by the state in the field of digital transformation, pointing out that one of the goals of the “Consulto” application is to attract more public towards digitized uses, by providing services and discounts for patients.

On the other hand, Khaled Ismail, Chairman of the Board of Directors of the “Himangel” Venture Capital Fund, said that the Covid-19 pandemic is one of the motives behind users’ adoption of remote medical services, adding that the use of medical sites and platforms reduces the crowding in medical clinics and thus the spread of infection.

Dr. Hisham Abdel Ghaffar, co-founder of the “Menagurus” Fund for Creative Ideas, said that the government began reorganizing the health sector and integrating the digital system through the issuance of the new universal health insurance law, considering that the experiment bore promising results aimed at reorganizing the relationship between the doctor and the patient.

He pointed out the need to create electronic patient records containing all his medical data, and added that there must be an official order by the state for the private or public health sector to start creating these records to serve as a unified data center for all patients in Egypt, this represents a cornerstone in the digitization of the new health insurance system established by the state.

He explained that digitizing the health sector will provide a better view of the state for that sector, thus revealing weaknesses and strengths and reducing the phenomenon of corruption.

He added that the new digital health apps that have emerged recently will not be fully utilized until after the full digitization of health insurance, adding that these applications provide distinguished services that contribute to solving many problems that exist only in the health sector.

He added that digital health apps contribute to diagnosing many diseases over the phone through the help of a general practitioner and without the need to go to a specialized doctor, which saves time and effort on the patient and the doctor and results in the good management of resources, stressing the need to rely on modern technology in managing human resources represented in Doctors, especially since the number of current doctors in Egypt is very low compared to the number of patients.

He pointed out the need for the state to encourage health application projects, as is the case for financial technology solutions projects, by financing them with investment capitals estimated at from EGP 1.5 billion to EGP 2 billion, which will make a qualitative leap in the field of medical technology in Egypt.