9 Foods and drinks to Avoid During Ramadan 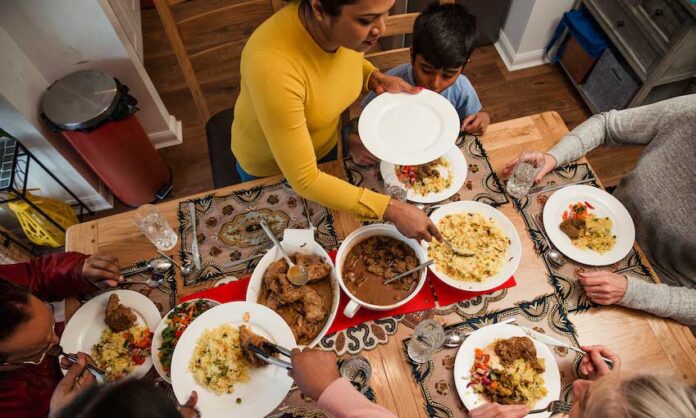 in the article, we will mention a group of foods and drinks that you should avoid consuming during Ramadan due to their negative effects on the body.

In this month, it is better to avoid some drinks and foods that give us a feeling of hunger, thirst, and fatigue.

Food and drinks to avoid during Ramadan, here are the most prominent ones in the following:

Many people find soft drinks at breakfast, and the problem is that these drinks are full of sugars and substances that harm the body, as they increase body fat and will not benefit their body at all, so it is preferable to replace them with natural juices.

Regular consumption of soft drinks is associated with an increased risk of diabetes, as artificial sweeteners and colorings added to them reduce insulin sensitivity, at this point glucose levels begin to rise and you are at risk of diabetes.

Salty foods are known to lock up water in the body, so you should stay away from them, and they are also among the foods that cause a great feeling of thirst, so they should be avoided at the time of Suhoor so that we do not feel thirsty during the fasting hours.

Eating salty foods also raises blood pressure due to the high content of salts in them, and thus it is advised to avoid them during the month of Ramadan.

One of the customs and traditions of Ramadan is eating sweets after Iftar, and it is one of the biggest reasons for weight gain during this month.

It is advised to avoid ready-made sweets; Because it contains high amounts of harmful fats, such as animal or vegetable ghee, which causes narrowing of the arteries.

To curb the feeling of the need for sugar, we can fulfill it by eating fruits full of natural sugar, as they give us a better feeling and provide the amount of water in the body, and they do not cause weight gain.

Among the menu options to avoid, eating pickles during Ramadan because, like salty foods, they are full of sodium and may lead to you feeling thirsty.

The most dangerous type of fats to human health is the hydrogenated fats that are found in packaged foods.

Hydrogenated fats are just like: saturated fats that are harmful to health, as they may raise cholesterol in the body, as it has been shown that consuming them significantly speeds up the process of hardening and narrowing of the arteries.

After fasting for more than 15 hours, the body needs many food sources that we certainly will not get from canned foods, so it is preferable to eat fresh foods and stay away from canned foods as much as possible.

Avoid eating samosa or fried foods for the suhoor. Because fried foods make you feel heavy and unable to move.

Fried foods contain high amounts of oil, which can cause obesity and raise the level of cholesterol in the blood.

Spicy foods may cause heartburn in the mouth and intestines, due to the special substances contained in hot peppers known as capsaicin.

These substances are usually not digested in the digestive system, and they can irritate the lining of the intestine and stomach, and they increase the feeling of thirst; Because it increases acidity and the need to drink a lot of water.

Avoiding citrus fruits; Because it causes heartburn, gases, and swelling of the colon.

Acidity, or as it is known as heartburn, is one of the common health complications that may arise during the fasting period of Ramadan in particular as a result of a full stomach and overeating due to prolonged abstinence from food.

Among the items on the list of drinks to avoid consuming during Ramadan are drinks rich in caffeine. Because it is a diuretic, which means that it stimulates the exit of water from the body, and thus causes a feeling of thirst and dehydration.