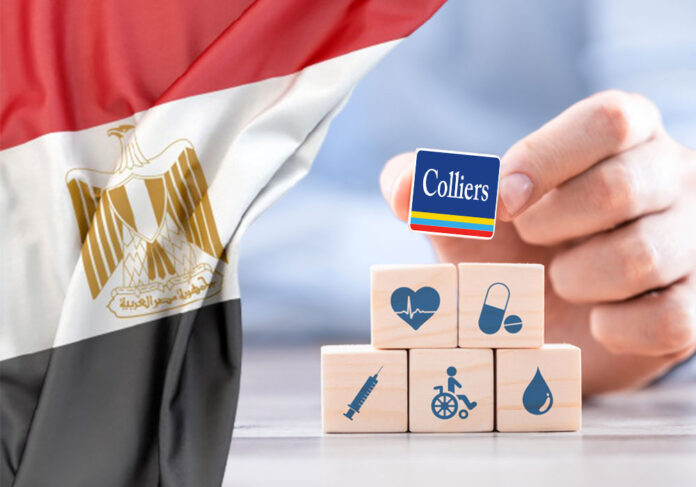 The report represents the fifteenth edition of the “The Pulse” series, which studies the healthcare sector in the Middle East and North Africa, and provides an in-depth analysis of the main factors affecting the healthcare sector in Egypt and its future prospects, in addition to monitoring the opportunities and challenges faced by operators and investors.

With a population growth rate of 2.5% annually at the national level, the demand for physical and social infrastructure components, including healthcare and education services, is expected to increase throughout the Arab Republic of Egypt.

One key factor is the population, which is expected to reach 130 million by 2030, based on Colliers’ projections.

In this regard, Mr. Mansour Ahmed, Head of Healthcare, Education, Solutions Development and Public-Private Partnership (PPP) in the Middle East, commented, “Currently, the population under the age of 40 is 74%, and it is expected to increase Their number will reach 86 million by 2030, while the proportion of the population over the age of 60 does not exceed 8%, and this percentage is also expected to rise to 13.8% by 2030. lifestyle, aged care, rejuvenation and anti-aging services.

The report delves into the healthcare market study and highlights the key factors influencing future demand as well as the key indicators.

Although the private sector represents the largest player in the field with 63% of hospitals, However, it suffers from severe disintegration, with only 31 beds available for each private hospital, compared to 96 beds for each government hospital and 209 beds for each semi-governmental hospital.

This provides great opportunities to achieve integration with the private sector through mergers and acquisitions.”

The report concludes with a review of opportunities for developers and operators and financing options.

Mr. Mansour concluded his comment by saying, “Egypt needs about 38,000 new beds (based on the current ratio: 1.3 beds per 1,000 people), with investments estimated at $8-13 billion, and up to 120,000 new beds (based on the current ratio in the Middle East). and North Africa: 1.9 beds per 1,000 people), with an estimated investment of about $25-40 billion, with half of that investment expected to come from the general government sectors.

One of the main challenges to creating and operating an additional family is the provision of qualified staff.