A Complete Guide To A Root Canal Treatment 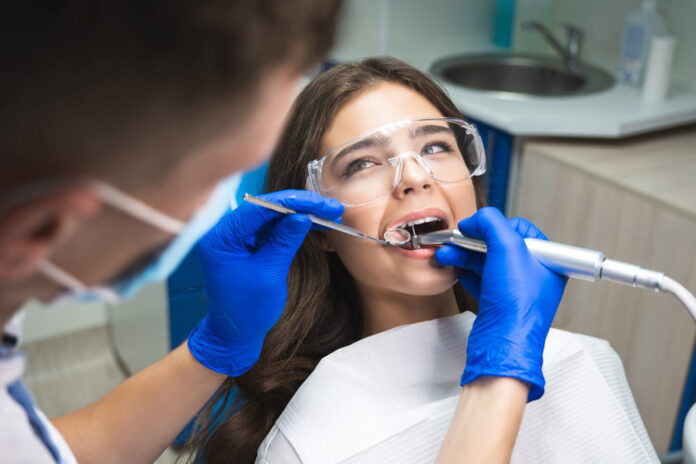 Around a month ago, fact checker PolitiFact picked up a social media post claiming a solid link between root canals and cancer. The image post read that 97% of breast cancer patients had a root canal,’ with the quote credited to a doctor of a ‘medicine center’ in Cyprus. Dentists and dental associations all over the world were quick to debunk this persistent health myth.

If anything, existing studies found an inverse association. One looked into more than 600 cases of head and neck squamous cell carcinoma and discovered that people who underwent dental procedures like root canals had a lower risk of getting said cancer. Not being heavy smokers or drinkers also drove their risk further down.

As the internet is rife with as many falsehoods as facts, knowing the distinction is an important skill. When dental health is concerned, delaying treatment can lead to irreversible damage and worse diseases in the long run. This article aims to explain what a root canal is and what it isn’t.

Next To The Last Resort

Depending on the severity, dentists typically have several ways of treating dental caries. They resort to basic fluoride applications for caries in their early stages. For those that have already eaten their way through the teeth, fillings and crowns are treatments of choice.

A root canal lies between crowns and complete tooth removal. If a Durango root canal therapy expert or any other dentist says you need one, your tooth is on the verge of getting removed but can still be saved. That’s because the infection is reaching or has reached the root and grown as an abscess. From there, it can spread around the head and neck and wreak havoc.

Root canal treatments definitely won’t come cheap, but compared to losing a natural tooth and being replaced with an implant, it’s the less costly option. According to the American Dental Association (ADA) Survey of Fees, the low-end price tag for a root canal without insurance is:

With insurance, the low-end cost drops to USD$200 for incisors and premolars, and USD$300 for molars. The savings can mean a lot, especially to those struggling to get quality healthcare. However, keep in mind that these prices exclude other factors like location and case severity.

If you want to get affordable treatment, you can look for an option out of the country. For instance, UAE. UAE has become a medical epicenter for better treatment at an affordable price. Click here to Choose the Best Dentist in UAE.

Not all cases necessitate a root canal. Patients may point to severe pain when chewing or biting as a sign, but it isn’t the only qualifying symptom. The American Association of Endodontists (AAE) cites other signs and symptoms:

Determining the necessity for a root canal involves a closer look at the ailing tooth, primarily via x-ray scans. Apart from untreated long-term decay, below are some qualifying dental conditions.

Dentists diagnose a patient with internal resorption when they observe that parts of the tooth, particularly the dentin and cementum, have assimilated into the canal. The tooth turns hollow inside as it happens, making it susceptible to trauma and infection.

In a study by researchers in India, this disease occurs in two stages. The first stage is internal inflammatory resorption, where the dentin begins to degrade. The dentin lies between the whitish enamel and the pulp chamber, similar to the dermis on the skin.

The second stage is root canal replacement resorption, where the degraded dentin settles at the bottom with the properties of bone or cementum. As a result, the pulp chamber grows abnormally larger but destroys the pulp inside.

However, dentists rarely encounter cases of internal resorption. Researchers report rates of as low as 0.01% to as high as 2.16%. That said, its rarity increases the risk of giving a wrong diagnosis, which is why dentists are careful in their screening process.

Due to their function, the teeth are some of the most robust bones, with the enamel able to resist up to 384 megapascals (MPa) of compressive force. For comparison, a normal bone can only withstand over a third as much, up to 150 MPa.

Unfortunately, accidents and sports-related injuries don’t have to crack teeth open. The force from a crash, fastball or right hook is enough to dislodge teeth from their position. The resulting nerve damage can cut off a tooth from its blood supply, eventually dying. Dentists refer to this as a “non-vital tooth.”

Dental injuries from physical trauma are far more commonplace. A past report published in the Journal of the ADA stated that between 13% and 39% of reported dental injuries came from sports activities, with male athletes twice more susceptible than female ones. Up to 18% of the cases involved teeth around the maxillofacial area.

A dead tooth has no hope of recovering by itself. A root canal procedure would have to remove the dead pulp inside and refill it with a synthetic pulp substitute. Dentists might have to fit the tooth with a crown, as a dead tooth’s integrity is significantly weaker.

The Delicate And Minimally Invasive Process

Once the dentist has reviewed the x-ray scans and determined the need for a root canal treatment, they’ll set a date for the operation. Depending on the severity of the case, the procedure may last between 30 minutes to 3 hours. When performed correctly, the treatment can have a survival rate of 93% ten years from the date of the procedure.

Performing the procedure without numbing the affected tooth is ill-advised, if not impossible. Dentists want their patients to feel at ease to prevent the latter from moving too much during the procedure. The only case when an anesthetic isn’t necessary is if it’s a non-vital tooth, as it’s incapable of sensing pain.

The most common anesthetic that dentists use is procaine hydrochloride, known by its brand name, Novocaine (sometimes spelled Novocain). Other types include nitrous oxide (laughing gas) and oral sedatives such as diazepam (Valium). A dentist may ask several questions to ascertain the most suitable anesthetic and dosage.

2- Cordoning Off The Tooth

The procedure will be messy, given the amount of drilling, siphoning, and refilling needed. It should be standard for dentists to use a dental dam to cordon off the affected tooth and keep the rest of the teeth clean.

However, surveys of dental practitioners in the past several years revealed that only roughly half use dental dams for root canal procedures. As dental textbooks and even the AAE mandate the application of dental dams, asking the dentist if they’ll use one before the treatment is generally good advice.

Once the tooth is isolated from the rest, the dentist takes a drill and bores through the tooth. This access hole is where the procedure would clean the infection and, in the case of a non-vital tooth, refill the pulp chamber with synthetic material.

The size of the access hole depends on the kind of tooth, but dentists know the importance of preserving the tooth’s structure. In a 2013 study published in the Journal of Conservative Dentistry, access holes for incisors and canines range between 0.64 mm and 1.54 mm in diameter. The access hole can be up to 5.28 mm in diameter for premolars and molars.

Depending on the state of the affected tooth, the dentist may perform one of two procedures: pulpotomy or pulpectomy. Both share the common objective of removing pulp infection but differ in the extent of the removal. While pulpotomy focuses on the pulp near the crown area, pulpectomy involves total pulp removal down to the roots.

In either procedure, dentists utilize various instruments. Draining the abscess is the job of the suction apparatus while cleaning out any remnants is best left to root canal files. Dentists also rinse the chamber with sterile water or saline solution, though sometimes they use bleach to destroy any remnant bacteria.

The dentist applies gutta-percha to the cleaned pulp chamber to replace the pulp lost to the infection. Gutta-percha is the latex material derived from the Palaquium gutta tree species, native to Indonesia, Malaysia, and parts of Singapore. Its natural bio-inertness (not inducing reactions with natural body tissue) makes it see widespread use in dentistry.

Due to its drawbacks like weak adhesion, modern endodontics combine gutta-percha with other compounds to make it stronger. These include coating its surface with a resin-based material, combining it with medicated substances such as calcium hydroxide, and enriching it with nanoparticles.

After filling the pulp chamber, dentists seal the access hole with temporary dental filling to protect it from reinfection. Most fillings can last up to 15 years, but each has pros and cons.

Installing a crown can extend the lifespan of the root canal treatment’s effectiveness. While some dentists may be able to place one on the same day as the root canal, others may need the patient to return after two to three weeks.

In cases where the tooth’s structural integrity has weakened, dentists may place a dental post to serve as support. The posts are typically made of metal, carbon fiber, or composites.

Care After The Procedure

The anesthetic’s effects may start wearing off after several hours or days. As the numbness wears off, expect some pain and tenderness in the treated tooth. Dentists may prescribe painkillers to aid in coping with the pain, though they may prescribe strong ones like narcotics. If the latter’s the case, avoid driving or using machinery since one of their side effects is drowsiness.

As for diet, experts highly recommend foods naturally rich in fluoride and low in sugar. Tough foods, however, are out of the question, lest risk damage to the treated tooth. For adults, males require an intake of 4 mg of fluoride daily and 3 mg for females. The adequate intake for kids of both genders ranges between 1 and 3 mg, depending on their age.

The National Institutes of Health’s Office of Dietary Supplements lists foods and beverages rich in fluoride. Below are some examples that post-root canal patients can consume.

One of the primary sources of fluoride in your diet is fluoridated water. The Centers for Disease Control and Prevention states that potable water in the U.S. has a fluoride concentration of up to 0.7 mg/L, with a maximum recommended limit of 2.0 mg/L.

Lastly, a root canal isn’t an excuse to forego proper dental hygiene. If anything, the tooth needs the benefits of brushing and flossing more than ever, though try to be gentle during the post-op phase. The body absorbs fluoride from toothpaste the best, with most brands carrying a fluoride concentration of around 1.3 mg for every brushing session.

A root canal treatment prevents dental caries’ permanent effects on teeth. Contrary to common assumption, even though the dentist uses drills throughout the process, the procedure isn’t as unpleasant as one may anticipate. Although this treatment won’t be inexpensive, it’s best to keep in mind that the next available option will cost more.