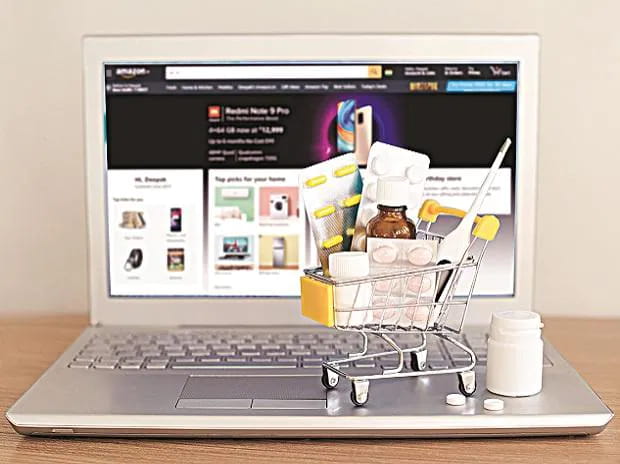 A state of relief prevailed among pharmacists after a ruling was issued in favor of the Pharmacists Syndicate, to close the Sehaty application, which specializes in selling medicines online, and they considered it an important step to confront the phenomenon of selling medicines by means other than pharmacies, but the surprise is that there are 12 other E-pharmacy apps in Egypt that sell medicines online Will the ruling represent the beginning of limiting the spread of this phenomenon or will it stop limiting the closing of one of those many applications?

By searching on the Google Store or Google Play, you will find many electronic applications that sell medicines online. There were 12 applications other than your health application, and they are as follows:

New Issues to Close the Rest of the E-Pharmacy Applications

Dr.. Adel Abdel-Ghani, an activist in the pharmacy profession, told “Doctor News” that he and a group of pharmacists are waiting for a draft ruling to close the Sehaty app, to file cases to close the rest of the drug sales apps similarly, based on the ruling that these apps are in violation of the law.

The Secretary-General of the General Division of Pharmacies Owners of the Federation of Chambers of Commerce, Dr. Hatem Al-Badawy, that the Division will submit complaints to all executive and supervisory authorities in the country, against applications for selling medicines via the Internet.

He indicated that the Division will submit complaints against these applications to the Presidency of the Council of Ministers, the Consumer Protection Agency, the Egyptian Drug Authority, and the Administrative Control Authority.

The Dangers of E-Pharmacy Apps to Pharmacists and Citizens

Pharmacist Adel Abdel-Ghani said that the administration of the application can fully control the distribution of requests from patients to specific pharmacies and not others, contrary to what is said to claim that the distribution is done electronically to the nearest geographical pharmacy, and the seriousness of this point is that he manages the application in complete control of all operations.

Sales that are directed to pharmacies, in the sense that it is possible to control the impoverishment of the operations of certain pharmacies for the account of other pharmacies, and this is inconsistent with the law of practicing the profession, which always tends to preserve the fairness of sales as much as possible.

He added: Since the pharmacist did not communicate directly with the patient, this type of application greatly destroys his professional role, and the biggest problem is that the contracts of these departments oblige the pharmacist to bear any responsibilities for any damages arising from the patient’s use of the drug, so what should the pharmacist do if you ask A mother, for example, a medicine for a child based on advice without consulting a doctor or pharmacist, and this medicine was not suitable for children under a certain age, or for example, a pregnant woman asked for a medicine that does not fit with pregnancy.

The doctor is first, because unfortunately we live in a society that listens to the advice of relatives and friends without consulting specialists in many cases, and according to the contract, the pharmacist is responsible for any complications of a patient he did not see and did not meet.

Vezeeta’s Legal Adviser: The law did not Prohibit the Sale of Medicine Through Applications

He added, during a telephone interview on the “Cairo Talk” program with the media, Khairy Ramadan and Karima Awad, on Al-Qahirah Wal-Nas channel: No medicine is dispensed except through a pharmacist, and the sale was made through pharmacies that are dealt with, saying: “We sell medicines via the Internet legally and facilitate the process.” Delivery of the drug from the pharmacy to the user.

He continued: I am the only application in Egypt that has pharmacies, noting that the application has a pharmacy management company, through which it manages a group of pharmacies, and buys its medicines according to invoices from pharmaceutical companies, saying: The Egyptian law did not prohibit the transfer of medicines through electronic applications.