Integrated Diagnostics Holdings “IDH” revenues Surge 141% to EGP 2.3 billion During the First Half of 2021 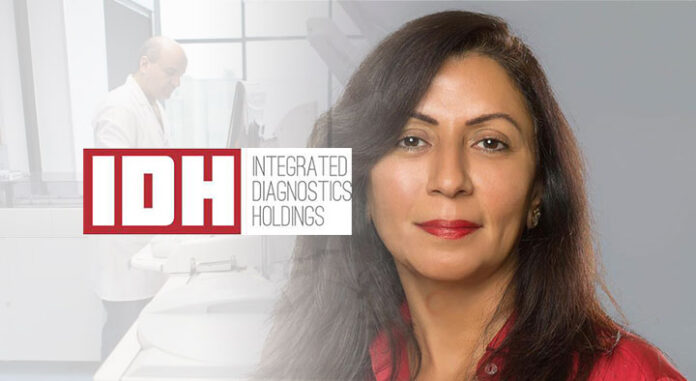 Integrated Diagnostics Holdings (IDH), a leading healthcare provider with operations across Egypt, Jordan, Sudan and Nigeria, today announced its financial and operational indicators and financial statements for the first half period ending on June 30, 2021.

IDH said that revenues amounted to 2.29 billion Egyptian pounds, an annual growth rate of 141%, and recurring operating profits before taxes, interest, depreciation and amortization recorded EGP 1.2 billion during the first half of 2021, an annual increase of 227%.

Net profit increased at an annual rate of 283% to reach EGP 668 million during the first half of 2021. During the second quarter of 2021 alone, IDH recorded revenues of EGP 1.16 billion, a growth of 3% compared to the previous quarter.

The net profit amounted to EGP 327 million during the second quarter of this year, accompanied by a net profit margin of 28% during the same period, according to the company’s statement.

The strong growth of performance indicators during the first half of 2021 reflects the company’s ability to maximize the benefit from the growth of its branch network to 495 branches, and its success in serving 4.7 million cases through the home visit service during the first half of this year, with an annual increase of 62%, as well as 16.3 million diagnostic tests performed during the same period, an annual growth rate of 45%.

Dr. Hend El-Sherbiny, CEO of IDH, praised the company’s financial and operational performance during the first half of this year, accompanied by the repeated recording of a set of record results once again, which proves the management’s continued success in building on the company’s impressive achievements since the beginning of this year.

El-Sherbiny said that the company was able to grow revenues at an annual rate of 141%, thanks to the increase in the number of cases it serves, as well as the number of diagnostic tests it conducts, in addition to the improvement in prices and the remarkable diversity of the package of services provided.

She pointed out that the volume of non-Covid-19 diagnostic tests conducted during the first half of this year exceeded pre-Covid-19 levels, increasing by 4% compared to the same period in 2019 after excluding the tests that were conducted. The 100 Million Seha campaign is part of the campaign, which indicates the high demand for high-quality diagnostic testing services provided by the group in the markets in which it operates.

El-Sherbiny explained that the growth of the company’s non-Covid-19 activities is mainly due to the increase in the number of traditional diagnostic tests that it conducted at an annual rate of 29% during the first half of 2021.

The volume of home visits service also increased significantly in the Egyptian and Jordanian markets, which in turn represented 23% of the company’s total revenues during the first half of 2021, up from 18% during the same period in 2020.

It is worth noting that IDH succeeded through the home visits service, in serving 646,000 cases during the first half of this year, an annual growth rate of 88%, and during this period it conducted more than 3.4 million diagnostic tests during the same period, an annual increase of 49%.

El-Sherbiny added that the home visit service represents the strategic engine for the company’s future revenue growth after the end of the (Covid-19) crisis, which prompted the management to expand and facilitate this service.

On the other hand, the revenues of the diagnostic radiology sector in Al-Burj Scan Center increased at an annual rate of 124%, which confirms the continued increase in its contribution to the company’s total revenues.

In this context, the administration is working on maximizing the benefit of the attractive growth opportunities offered by this sector, by implementing an expansion plan aimed at launching at least three new branches for the Residential Tower Center over the coming periods.

The high rates of demand in both markets for diagnostic tests related to the virus (Covid-19) continued, while the other diagnostic tests group continued to record strong growth rates, reflecting the state of recovery that it is witnessing on a sustainable basis after the slowdown period experienced during the previous year.

In the Nigeria market, revenue increased by 68% year-on-year, supported by the growth in the number of cases served and the increase in the volume of diagnostic tests conducted during the first half of the year.

El-Sherbiny pointed out that the company’s success in recording strong profit margins is due to the remarkable rise in revenues coupled with the rationalization of fixed costs. Gross profit witnessed an annual growth rate of 193% to reach EGP 1,305 million during the first half of 2021, accompanied by an increase in the gross profit margin to 57% compared to 47% during the same period of the previous year.

Looking ahead, El-Sherbiny renewed the company’s commitment to its consistent strategic priorities of optimal employment for the strong growth in its activities and macroeconomic recovery.

IDH also continues to play its pivotal role by assisting the governments of Egypt and Jordan in facing the spread of the (Covid-19) virus by providing a package of diagnostic tests related to the (Covid-19) virus in the network of affiliated laboratories, as well as through the home visit service.

In this regard, El-Sherbiny expressed her pride in the new strategic partnerships that the company has concluded over the past months to provide a (Covid-19) PCR diagnostic test service for travelers in the Egyptian and Jordanian markets.

This comes in addition to the company’s continuous efforts to protect the health and safety of customers and the work team, which represents a reliable testament to the company’s strong reputation on the local and international markets.

El-Sherbiny confirmed that the company is moving forward with the implementation of its growth strategy for the post-Covid-19 crisis, which focuses on maximizing the benefit of the strong customer base, the expanded network of branches and its diverse package of services. In order to achieve sustainable growth rates in the coming years.

From this standpoint, the company was able to add 14 new branches to its network of branches in the Egyptian market during the first half of this year, which confirms that the company is on the right path towards achieving its goal of launching between 30 and 35 new laboratories during 2021, and consolidating its leading position in the sector. Diagnostic tests for the Egyptian market.