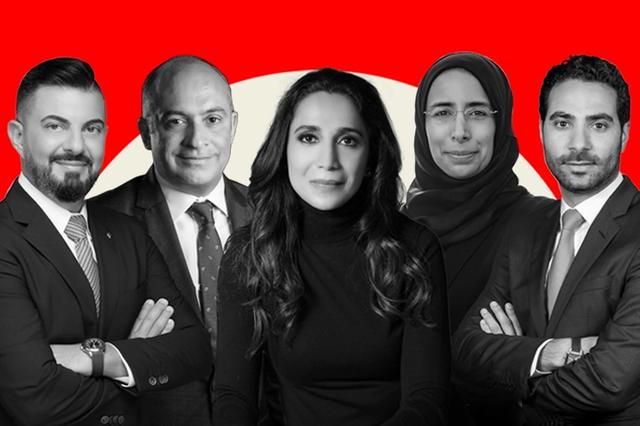 While 3 of the 5 most powerful healthcare leaders in the region are headed by organizations from the hospital sector.

The list was topped by Sulaiman Al-Habib, founder and Chairman of the Board of Directors of the Dr. Sulaiman Al-Habib Medical Services Group, which achieved in 2021 revenues of $1.9 billion.

In second place is Hanan Muhammad Al-Kuwari, Director General of Hamad Medical Corporation. Followed by Saeed Darwaza, CEO of Hikma Pharmaceuticals Company, in third place. However, Darwaza is the only leader from Jordan on the list.

The UAE dominates the list with 25 leaders out of the 50 leaders who head leading companies in the Emirates.

It is followed by Saudi Arabia with 13 leaders, Egypt with 6 leaders, Qatar with two, and one leader in Kuwait, Algeria, Jordan and Morocco.

While pharmaceutical companies dominate with about 20 leaders, followed by leaders of the largest hospitals in the Middle East and North Africa with 19 leaders.

50 of the most powerful health sector companies, ranked on the list, have played a major role in driving innovation and investment in the Middle East and North Africa region. Initial $28 million in November 2021.

Deals in the sector also flourished, as Dallah Health Services acquired 8.2% of the shares of the International Medical Center, in a deal valued at $77 million, led by CEO Ahmed bin Saleh Babair.

On the technology front, in early 2022, Fahad Khater, owner and chairman of the Alameda Healthcare Group, announced the group’s partnership with CMR Surgical to implement robot-assisted surgery.

To compile the list, Forbes Middle East based the company’s business size as revenue and asset values, diversification of operations, company and asset ownership, professional experience, and the strength of a business leader’s influence on the region’s healthcare sector, to rank the leaders residing in the Middle East.

While the list did not include leaders who work in government institutions directly. Nevertheless, the research team looked intently at the leaders of government-owned companies.

Top 10 Healthcare Leaders in the Middle East for 2022

Founder and Chairman of the Board of Directors of Dr. Sulaiman Al Habib Medical Services Group

Executive Chairman of the Board of Directors of Hikma Pharmaceutical Company

Regional Head of Africa and Middle East at Pfizer

Forbes Middle East is issued under license from the Forbes global brand as a special edition for the Arab world, and seeks to promote business journalism.

Our monthly magazine features exclusive interviews with the most influential and innovative leaders in the Middle East, and is published in English and Arabic with digitized versions available for regional and global readers on our website.

Forbes Middle East has expanded the Forbes brand’s presence in the field of journalism across the Arab world, by conducting its own comprehensive research to publish its lists that are done according to accurate methodologies.

Its content attracts business leaders, investors, and a broad audience of aspiring and influential CEOs.

Enhancing leadership and business success in the Middle East

It provides an ideal reading experience, for investors looking for new opportunities.

Every month, the magazine publishes lists and rankings relevant to the region based on scientific research.

We provide insights, commentary, and analysis on the people, companies, and industries that shape economies in the Arab world.