5 Ways To Reduce The Risk of Pregnancy 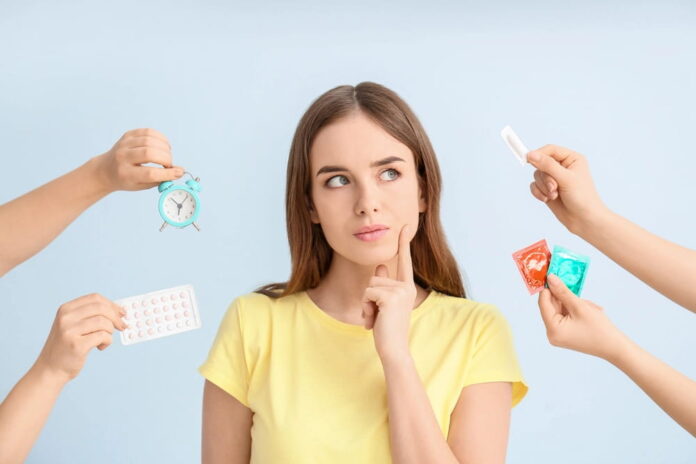 Whether you are in a long-term relationship or enjoying being single with the occasional hook-up, if you want to avoid pregnancy, then you need to be aware of the most effective ways to do so.

It’s worth noting that in the 20th Century, many kinds of contraception were developed to help couples to prevent pregnancy. While some of these methods are more effective than others, the only surefire way to prevent pregnancy 100% of the time is to abstain from sex altogether unless you are in a same-sex relationship.

So, this is a very short guide to the contraceptive options available to prevent pregnancy, but there are many more.

The most commonly known barrier method is the male condom, followed closely by the female condom, the diaphragm, and the cervical cap.

The male condom has to be placed on the erect penis before intercourse occurs. It has to be the right size and worn the right way. Be sure to squeeze the tip when putting it on. When used properly, they are 80% effective at preventing pregnancy.

The female condom is placed just inside the vaginal opening before sex. Like the male option, sizing is important, but they are less widely available. They are estimated to be 79% effective.

Condoms can break even when used properly, so if you find yourself pregnant and need advice on your next step, head to gcaus.com.au for help.

There are four kinds of hormonal options to prevent pregnancy, although, at present, a male contraceptive pill is being developed.

The contraceptive pill is found to be 99% effective at preventing pregnancy if taken at the same time every day. There are two kinds of pills; the combined pill, which contains estrogen and progesterone to mimic pregnancy, and the mini pill, which only contains progestin.

A contraceptive patch delivers hormones into the bloodstream via the skin and can be placed on the back, buttocks, stomach, or upper arm. This will need to be changed every 3 weeks.

Intrauterine devices (IUDs) are long-term contraceptive options and are deemed to be 99% effective at preventing pregnancy because human error is removed from the process.

A hormonal-based IUD, or Mirena coil, lasts five years before it needs to be replaced. It works by thickening cervical mucus to prevent sperm from entering the womb.

Copper-based IUDs can last for ten years and work by simply introducing the sperm in the womb to copper, which destroys it and reduces the risk of pregnancy.

This option is 99% effective for preventing pregnancy.

Implants are placed in the body, usually in the inner and upper arm, and slowly release hormones into the body. They are around the size of a matchstick and will need to be replaced once every 3 years.

Of course, if you have sex without protection or have concerns that your contraception has failed, you can always opt for the morning-after pill. This works best when taken the day after you have had unprotected sex and is up to 80% effective at preventing pregnancy on the first day. It acts by thinning the cervical lining to prevent implantation and can prevent an egg from being released.