How Long Will Your Immunity Last After Coronavirus Infection? 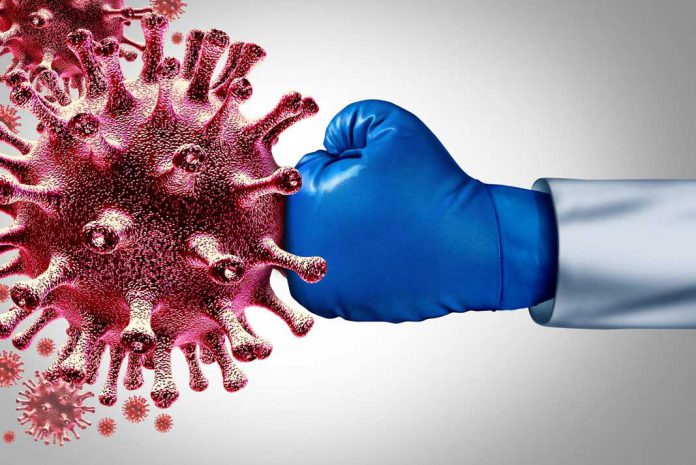 In a hopeful development, a recent study conducted in the United States concluded that people who contracted the Coronavirus and then recovered, may be immune to re-catching the disease for at least several months. And scientists who conducted research on a sample of about 6,000 patients with “Covid-19”, found that almost all of them continued to produce “high-quality” antibodies to the virus, after between five and seven months.

While it has not yet been proven that the antibodies to the Coronavirus constitute immunity in those infected with it, researchers at the “University of Arizona” expressed their belief that their findings had removed concerns about the short time that the antibodies lived, noting that the protection It is given to those recovering from the disease, which may last for several years after infection.

On the other hand, the results of the American study give more hope about the effectiveness of vaccines that are being developed in laboratories of many universities and companies around the world.

Dr.  Deepta Bhattacharya, Associate Professor in “Immunobiology” (concerned with the immune response and biological aspects of immunity against diseases) pointed out that “there are many concerns regarding the lack of persistence of immunity against the Covid-19 virus. Through this research, we conducted an investigation into the matter.” And we found that immunity remains stable for at least five months in people recovering from infection. “

In this regard, it is noteworthy that the study was conducted last April on about 5 thousand and 882 volunteers in Pima County, Arizona, USA. Some of the test participants picked up the Coronavirus at the beginning of the pandemic, which gave researchers enough time to study the extent to which their immune system produced antibodies over one of the longest periods of time [in studies on how long these immune bodies lasted] until now.

In this regard, Dr. Bhattacharya explained, “The past seven months have constituted the last time ranges during which we have tracked infected individuals, so it can be considered the longest possible period of time to confirm the persistence of immunity. In turn, we know that people who were infected with the previous “SARS” virus, which belongs to the Corona family. And it is considered one of the viruses most similar to “SARS-Cov-2” [one of the scientific names of the virus that causes the Coronavirus pandemic], they still have immunity about seventeen years after their infection. And if “SARS-Cov-2” is similar to its counterpart “SARS”, So we can expect the antibodies to remain active for at least two years, and it is unlikely that their lifetime will be any less than that. “

In earlier times, some research had indicated that the levels of antibodies to the “Covid-19” virus decreased rapidly after infection with the disease for the first time, which does not provide long-term immunity to the owner.

In that regard, Dr. Bhattacharya believes that this research may have focused exclusively on a type of short-lived plasma cell produced by the immune system during its first response against the virus. This means that [this research] did not take into account the long-lived plasma cells that are generated in the second stage of the immune response, and the “high-quality” antibodies that they produce.

On the other hand, Michael Dake, vice president of the College of Health Sciences at the University of Arizona and co-author of this research, asserts that “the research provided us with knowledge that confirms that permanent immunity is a reality.” And Dr. Andrew Friedman, an expert in infectious diseases at Cardiff University (British) who was not involved in the study, said that although the results were encouraging, they did not show that the participants enjoy protection from becoming infected again with Covid-19.

Friedman reported to the newspaper “The Independent” that “it cannot be confirmed that the presence of antibodies prepared to eliminate the virus, is equal to the ability to provide protection from infection. It may be very likely that this will happen, but we cannot be sure of it. This is the most mysterious aspect.”.

In previous events, several cases appeared of people who were infected again with the Covid-19 virus, after recovering from their first infection with the disease, which prompted scientists to warn that “immunity is never 100 %.”

In this context, a study published in the medical journal (The Lancet) documented the case of a 25-year-old man from Nevada, who contracted two different types of coronavirus infection within 48 days, and in the second time he suffered from more severe symptoms.

In an extensive summary, Professor Mark Pandori, a professor at the University of Nevada, who is the lead author of the study, said that “the results of our research indicate that the occurrence of infection with the“ SARS-Cov-2 ”virus may not necessarily protect against reinfection with Coronavirus infection at a later time.