Suspending Usage of AstraZeneca Covid Vaccine in some countries 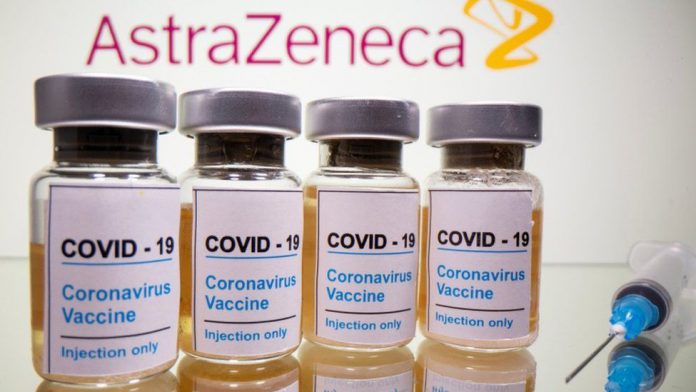 The Corona virus vaccine, developed by AstraZeneca in cooperation with the University of Oxford, has been suspended in a number of countries across Europe and Asia, after reports of blood clots in some people who were vaccinated. However, many other countries have defended their use of the dose and said they will continue their vaccination campaigns.

Thailand began on Friday to stop using the vaccine, becoming the first Asian country to take this step, due to safety concerns, and Denmark announced that it would stop using it two weeks after it began using it after reports of blood clots and one death.

Meanwhile, Austria and Italy said they would stop using certain batches of the vaccine as a precaution.

The European Medicines Agency, the European drug regulator, stressed on Thursday that there is no indication that the vaccine causes blood clots, and the agency believes that the benefits of the vaccine still outweigh its risks. The Environmental Protection Agency also acknowledged that some member states have stopped using the AstraZeneca vaccine, but said that vaccinations may continue in other countries while investigating cases of blood clots.

As of Wednesday, about 5 million people in Europe have received the AstraZeneca vaccine, and 30 cases of blood clots have been reported. AstraZeneca commented on this by saying that the vaccine has been studied extensively and confirmed that the data indicate that the vaccine is well tolerated.

The Thai Ministry of Health announced today this Friday, that it will temporarily postpone the use of the Oxford AstraZeneca vaccine, and it has described the vaccine as a good vaccine but wants to suspend its use for safety investigations.

The permanent secretary of Thailand’s Ministry of Public Health said, that it was able to stop its vaccination campaign because it was able to a large extent to control the second wave of Coronavirus cases through quarantine and border control. Thailand’s decision to suspend the introduction of the Oxford-AstraZeneca vaccine came after the Danish Health Authority’s decision to suspend its use.

In Denmark, Søren Brostrøm, director of the National Health Council in Denmark, said that it is important to confirm that they have not banned the use of the AstraZeneca covid vaccine, but its use will be temporarily suspended. Evidence that the vaccine is safe and effective is available, but the Danish Medicines Agency must respond to reports of potentially dangerous side effects, whether from Denmark or other European countries.

Several high-income countries have chosen to continue rolling out the Oxford AstraZeneca vaccine following safety concerns, such as the United Kingdom, France, Australia, Canada and Mexico, which have sought to reassure citizens about the benefits of getting the vaccine and said they will continue their vaccination campaigns.

The European Medicines Agency’s safety committee is reviewing the problem, but said that there is no evidence that the vaccination caused blood clots, indicating that a blood clot is not listed among the side effects of this vaccine. The European Medicines Regulatory Authority indicated that the data available so far showed that the number of blood clots in people who have been vaccinated is not higher than the number that occurs among the general population.

Dr. Phil Brian, Vaccine Safety Leader for Medicines and Healthcare products in Britain, said that the reports received of blood clots so far are not greater than the number that would have occurred naturally in the vaccinated population.

The problem with spontaneous reports of suspected adverse reactions to a vaccine is the tremendous difficulty in distinguishing between causal effect and coincidence, said Stephen Evans, professor of pharmacological epidemiology at the London School of Hygiene and Tropical Medicine.

It is worth noting that the AstraZeneca vaccine is designed to prevent coronavirus in people aged 18 years or more, and it consists of an adenovirus that has been modified to contain the gene to make a protein from the virus that causes Covid19. The most common side effects of this vaccine are usually mild or moderate and improve within a few days of vaccination.

On Friday, Thailand became the first Asian country to stop using the vaccine due to safety concerns, shortly after Denmark announced the halt after reports of blood clots and one death.

And the European Medicines Agency, the European drug regulator, stressed on Thursday that there is no indication that the vaccine causes blood clots, adding that it believes that the benefits of the vaccine still outweigh its risks.