Why Do People Get Infected with Covid-19 Even After Vaccination? 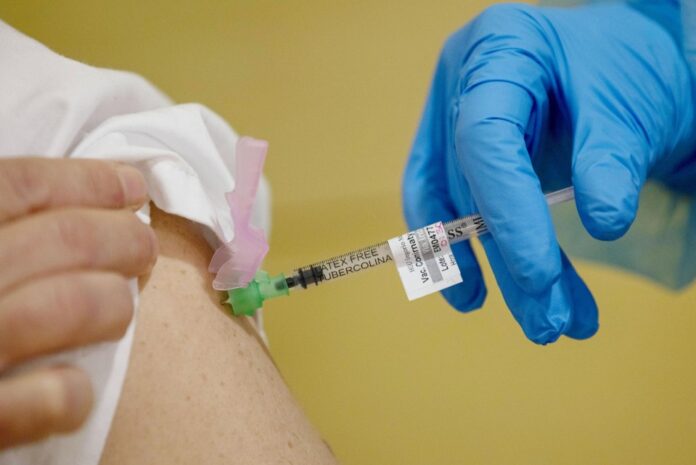 In recent weeks, many of us have heard of more and more cases of “Covid-19” infections, among friends, celebrities, public figures, and political ones, even though those infected with the Coronavirus have received the full vaccine.

Some people develop symptoms of “Covid-19” disease, even if they are mild symptoms.

In Germany alone, 117,763 probable cases of vaccinated people – symptomatic infection despite vaccination – have been recorded since the beginning of February, according to a report issued by the Robert Koch Institute.

However, experts do not see any lack of efficacy of vaccines, which continue to protect against severe illness, very well, even if booster doses are needed to maintain this level of protection.

But, how do Covid-19 Infections Occur Among Those Vaccinated?

“One has to know that the protection against infection is not as strong after six months of getting the vaccine,” says virologist Hendrik Strick. a vaccine researcher, who works at the Charité Hospital in Berlin, agrees.

the researcher says that the best period during which the body enjoys protection, is after a period ranging between one and two weeks after receiving the second dose of the vaccine, and then the rate of protection gradually fades after that. However, people who get the vaccine are still much better protected than those who don’t.

While many are surprised by the fact that the virus remains a threat to those who have been vaccinated, this diminished level of immunity is to be expected in the scientific community.

According to experts, those who were infected with Covid-19 despite getting the vaccine usually develop mild symptoms or do not notice that they are infected with anything.

At the same time, the magnitude of the risk posed by infected people, who received the vaccine, and those who did not, also differ.

“According to one study, when vaccinated people become ill, their viral load is about the same as that of unvaccinated people, for a short period… but this decreases much more quickly. So Vaccination shortens the time period during which the virus can be transmitted.

One needs to know that the infection can be especially dangerous among the elderly, or people who have had diseases before; The immune response of the elderly, for example, is lower after receiving the vaccine, and they may develop more serious diseases.

According to the “Robert Koch Institute”, there are 782 cases out of 1076 cases of “Covid-19” disease, despite obtaining the vaccine, and they died during the period from the beginning of February until the beginning of this November, and their ages were at least 80 years old.

“This reflects a generally higher risk of death – regardless of vaccine efficacy – among this age group,” Robert Koch explains.

The Robert Koch Institute says that the increase in the number of infections among those vaccinated is “expected” over time. This is due to the possibility of the person who received the full vaccination coming into contact with the virus.”

Experts are currently keen, while vaccination programs have helped immunize the majority of the country’s population, to maintain this level of immunization, using booster doses. However, some experts are concerned that confidence in vaccines will be affected if widespread calls for the booster dose prevail.

However, the researcher from Charite hospital believes that “providing a third dose of the vaccine to all people who are ready to receive it, six months after receiving the second dose, will also have an effect in reducing the spread of the virus among citizens.”

On the other hand, opponents of the idea of ​​expanding the administration of booster doses of the vaccine, including Strick, point out that there is a shortage of vaccines around the world, and they assert that most countries still need doses more urgently than those where the issue of booster doses is a problem.