The Outbreak of Norovirus Panics The World 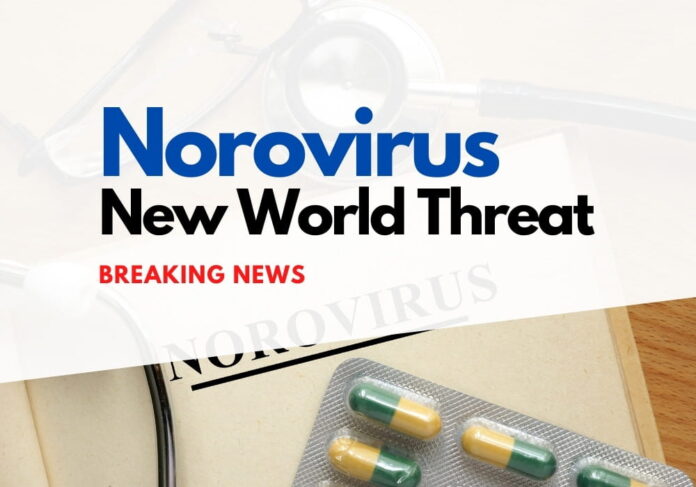 The outbreak of “Norovirus” causes panic in the world .. leads to death within 3 days .. and 8 symptoms of infection.

It seems that the virus war will not end, although the world is still suffering from the consequences of the emerging coronavirus that is still chasing humanity and has caused the death of more than 6 million people around the world so far, a new epidemic has emerged that threatens the world again after its spread in The United Kingdom, Britain announced that the “Norovirus” infection has begun to spread in a large and frightening manner, and is considered more dangerous and influential than the emerging virus and causes death.

Norovirus is a member of the calicivirus family (Caliciviridae), and these viruses are responsible for about 90% of viral gastroenteritis outbreaks, and nearly 50% of cases around the world, and it broke out in late 2019, and caused fear due to its symptoms similar to those of other viruses, and increased cases of infection in the recent period.

Also called the “winter vomit bug”, Norovirus can cause vomiting and diarrhea, and it can be very bothersome but it doesn’t last for long and usually passes within a couple of days.

Ways of Infection with the “Norovirus”

According to the Centers for Disease Control and Prevention, the disease can be spread in three ways: direct contact with an infected person, consumption of contaminated water or food, or touching contaminated surfaces and placing unwashed hands in your mouth or nose.

Norovirus infection causes inflammation in the intestine, which is called gastroenteritis. While infected persons can secrete millions of virus particles, only a few can make others sick.

Hospitals or schools are considered suitable environments for the spread of the virus because of their overcrowding, as well as contaminated and unclean foods and drinks, and eating poorly cooked foods, including vegetables and seafood, and it also spreads on surfaces close to infected people and in the air.

Like other viruses, I t a host to survive for a long period of time, and as a result, it is highly contagious and is transmitted from person to person.

What Are “Norovirus” Symptoms?

There are multiple Norovirus symptoms that you should pay attention to, these symptoms include:

What Are the Fatal Symptoms of Norovirus?

During the short period during which symptoms are present, people may feel very unwell and vomit several times a day, this vomiting is usually violent and without warning, these symptoms and signs usually last 1 to 3 days and appear within 12-48 hours of the initial infection In some cases, diarrhea may last for more than three days.

While Norovirus infection may cause severe dehydration in some cases, and malnutrition may lead to death in some cases if the condition worsens after three days.

What Should You Do if You Had Norovirus?

“Norovirus” is highly contagious and can spread quickly in families, as well as through schools or workplaces, if an adult or child had norovirus, he should stay at home until symptoms disappear and two days have passed since the last time you vomited or became infected.

If you have diarrhea, you should not visit any hospitals or nursing homes during this time either.

What is the Norovirus Treatment?

How to Avoid Infection with Norovirus?

Dr. Leslie Larkin, head of surveillance at Public Health England’s gastro-intestinal pathogens unit, said norovirus cases have increased due to the relaxation of COVID-19 procedures and people mixing again, as schools return, and to prevent the spread of norovirus, it is important to keep surfaces clean where the infected person is You may touch it, and continue to wash your hands with soap and water.

Public Health England has given the following advice to parents to avoid contracting or spreading norovirus: