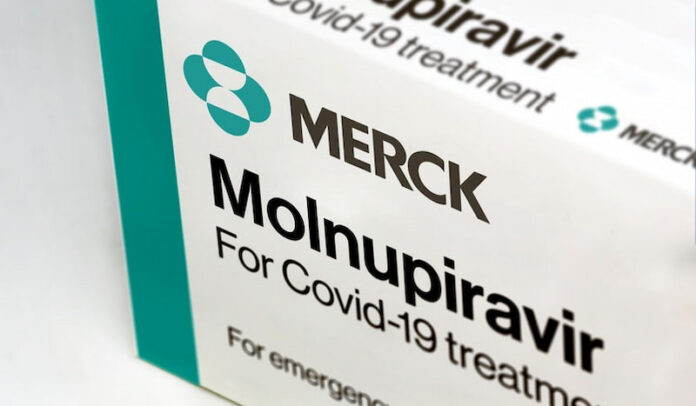 The British Medicines and Healthcare products Regulatory Agency (MHRA) has approved the use of the Merck oral covid-19 treatment “molnupiravir”, which was developed by the American pharmaceuticals company Merck, in the treatment of people with mild to moderate coronavirus.

The Medicines Regulatory Agency also recommended the use of the drug “molnupiravir” 5 days after the patient’s symptoms of the Coronavirus appeared.

This drug, which is branded “Lagevrio” in UK, is the first oral anti-coronavirus treatment to receive approval and can halve the chances of death or hospitalization for those most at risk of severe infection with the Coronavirus when given early. Of the disease.

The American pharmaceutical company, Merck, had confirmed that the results of using the drug “molnupiravir” were very positive to an extent that external auditors requested stopping trials early.

US advisers are due to meet this month to vote on whether to authorize the use of molnupiravir in the United States.

Professor Stephen Boyce, national medical director for NHS UK, said the drug would be administered to patients at greater risk of complications as UK heads into one of the most challenging winters ever.

He added that a broader preliminary process would follow if it proved to be clinically effective and cost-effective in reducing hospitalizations and death.

“We are now working across the government and the NHS to get this treatment urgently to patients initially through a national study so we can gather more data on how antivirals work in a population that has already been vaccinated,” Vaccine Minister Maggie Throup told the Parliament.