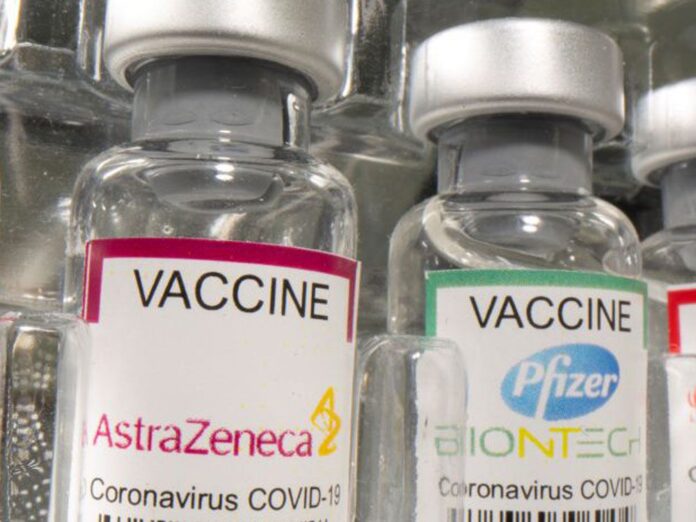 A study conducted by the health authorities in England revealed that the Pfizer / Biontec and AstraZeneca / Oxford vaccines against Coronavirus are effective against the Indian variant of this virus.

According to the study by Public Health England between April 5 and May 16, the Pfizer / Biontech vaccine, two weeks after receiving the second dose, provided 88% effectiveness against the symptomatic Indian mutant and 93% against the asymptomatic UK variant.

UK Health Minister Matt Hancock welcomed the results of this study, which comes at a time when the government is counting on the national vaccination campaign to combat the Indian mutant, whose outbreak threatens to derail the plan to reopen the economy in the country.

To limit the spread of this mutant, called “B.1.617.2”, which is feared to become “dominant” in Britain, health authorities have reduced the interval between two doses of the AstraZeneca vaccine from three months to eight weeks for people over the age of 50 and for those Those classified as the most vulnerable in terms of health.

These measures were also accompanied by the intensification of examinations aimed at detecting HIV infections in the most vulnerable areas, especially in the northwest of England and some parts of London.

According to data from the Public Health England Agency, at least 2,889 cases of the Indian mutant were recorded in England between February 1 and May 18.

104 of these injured people were forced to receive first aid in hospital emergency departments, while 31 of them remained in hospital, while six died.

“Two doses of either of these vaccines provide high levels of protection against the symptoms associated with infection with the B.1.617.2 variant,” said Mary Ramzai, a vaccination officer at Public Health England.

“We expect vaccines to be more effective in preventing hospitalizations and deaths,” she added.

Britain is the first country in Europe in terms of the number of deaths due to Coronavirus, as the pandemic has claimed more than 127,000 lives to date.