Egypt Produced the First Dose of the Coronavirus vaccine Sinovac 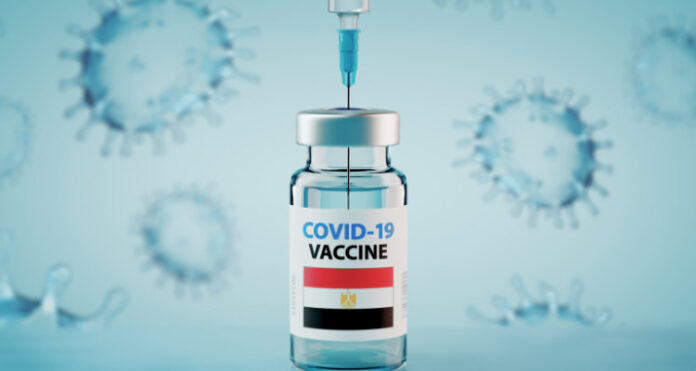 On Wednesday, June 30, 2021, the Egyptian Minister of Health, Hala Zayed, announced the production of the first 300,000 doses of the “Sinovac” vaccine, manufactured in Egypt, in the country, describing this as a great victory.

The vaccine is ready to be analyzed by the Egyptian Drug Authority to ensure its safety and security, in preparation for its provision in 400 vaccine centers in the Republic of Egypt.

The sources added that the Ministry of Health and Population received 1,400 liters of the raw Sinovac vaccine, in order to manufacture 2 million and 250 thousand doses of the Sinovac Vacsera vaccine.

Hala Zayed also revealed that starting from August, 10 to 15 million monthly doses will be produced, from Egypt’s production of vaccines, aimed at the Egyptian people, which reaches 40 million citizens.
It is noteworthy that Egypt signed an agreement with the Chinese company Sinovac, to manufacture 40 million doses annually, and the doses were increased to 80 million doses during the next 6 months.

She confirmed that the “Vacsera” Covid vaccine production factory on October 6 is equipped with 8 central laboratories, equipped with the latest devices for measuring the quality of Corona vaccines, as it performs several basic tasks, foremost of which is measuring the stability of the final product under different conditions of pressure and temperature, in addition to Tests of “sterility” and the safety of the final product, in addition to tests of water quality used in manufacturing and air quality.

And she continued: The equipment of the Vacsera factory amounted to about 17 million dollars, in addition to 80 million pounds of construction, pointing out that the factories of the Vacsera company in the 6th of October city will become the largest complex for the production of vaccines in the Middle East and Africa, and contribute to raising the production capacity of Corona virus vaccines in cooperation with various companies. vaccine producer in the world.

She revealed that the Vacsera company is the state’s arm in the manufacture of vaccines, which will put Egypt in the ranks of the leading countries in this field, and explained that it is scheduled to manufacture all polio vaccines of all kinds, and the pneumococcal bacteria vaccine in cooperation with European companies through new production lines for factories. “Vacsera”.

She added that the World Health Organization sent a delegation of experts last September, to evaluate the production lines at the factories of the Holding Company for Biopharmaceuticals and Vaccines “Vacsera”, and praised all designs and constructions, adding that the factory will work in parallel with the company’s production lines in the Agouza region, which actually began manufacturing the vaccine in cooperation With the Chinese company Sinovac Biotech.