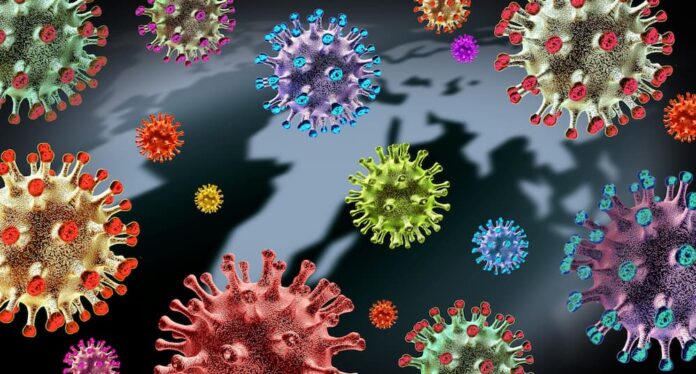 A new study conducted in the United States revealed the cause of the severe virulence of Coronavirus mutations compared to the original strain that was first detected in the Chinese city of Wuhan.

The study, conducted by scientists from the University of Maryland and published its results in the journal Clinical Infectious Diseases, revealed that mutated strains of coronavirus exceed the “Wuhan strain” in terms of the ability to transmit in the air, according to Russia Today.

The study included 49 cases of infection with different variants of coronavirus that were asymptomatic or with mild symptoms.

As part of the study, these volunteers were asked to either read the letters of the alphabet three times or sing the “Happy Birthday” song.

It should be noted that the “Delta” (Indian) strain, which is now prevalent in many countries, is more capable of spreading than the “Alpha”.

The study also revealed that medical masks reduce the risk of coronavirus infection by about 50 percent.