WHO: Africa is Witnessing a Devastating Resurgence of Covid-19 Infection 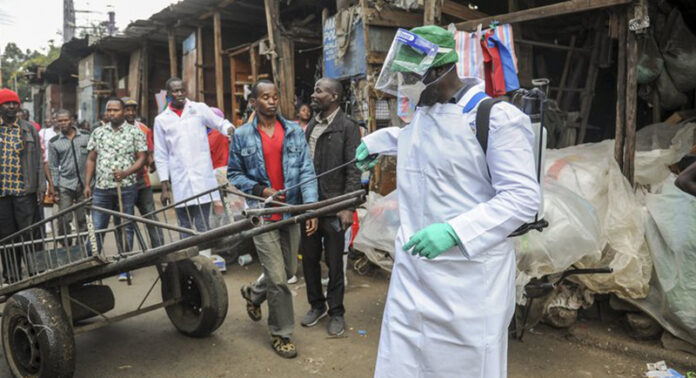 Africa has witnessed a devastating resurgence of infection with the Coronavirus, whose peak will exceed previous waves, at a time when the countries of the continent are struggling to vaccinate even small percentages of their population, according to the World Health Organization.

“The third wave is accelerating and spreading at a faster pace and hitting harder,” said Matshidiso Moeti, WHO Regional Director for Africa.

She added, “With the rapid increase in the number of cases and the increasing news of serious infections with the disease, the latest wave threatens to be the worst wave that Africa has seen so far.”

Moeti noted that “Africa can still withstand the impact of rapidly increasing infections, but the opportunity is diminishing. Everyone everywhere can do their part by taking precautions to prevent transmission.”

The number of new cases has been increasing since the beginning of May, and the re-emergence of infections will exceed previous waves by the beginning of July, according to the Africa division of the World Health Organization.

Reluctance to implement preventive measures, increasing social contact without wearing masks, and the emergence of new mutated strains of the virus contributed to the registration of more infections.

The mutated delta strain, which first appeared in India, has been found in at least 14 African countries, including Congo, Mozambique, Namibia and Uganda.

John Nkengasong, director of the Africa Centers for Disease Prevention and Control, explained that the “Delta” strain “may have played a very important role in the third and extremely harmful wave of COVID-19 in at least 20 countries across Africa.”

Africa has recorded more than 5.2 million confirmed cases, including more than 139,000 deaths, according to the Africa Centers for Disease Prevention and Control.