Why Some People Till Now Didn’t Get Infected With Coronavirus, What is The Secret? 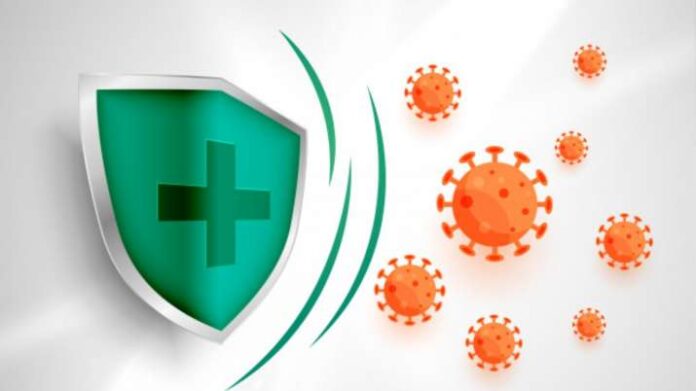 In the United States, government data shows that more than half of Americans may have never contracted the Covidvirus; Which raises the question of scientists about whether people who have avoided infection with the emerging virus are fully immunized against it. Which may contribute to providing new clues about how Covid attacks the body.

Immunity Without a Vaccine or Infection

At this point in the pandemic, Some people may have acquired immunity through vaccinations, previous infections, or a combination of both.

There is also evidence that, in rare cases, some people are immune to the coronavirus without having previously been infected, and without having received any vaccine.

Given the multiple variables of the Coronavirus and the decrease in immunity against it over time; It is difficult to determine how many people are immune to it at any given time.

For example, studies have shown that while infection with the omicron variant confers some kind of immunity against the delta variant; However, Omicron is able to bypass antibodies produced by other strains, or even vaccines.

The currently adopted tracking and monitoring methods have also led to an undercounting of cases since many people are undergoing home Covid tests without reporting the result.

Experts say that people with “super-immunity” people who seem to have immunity to the virus without having received any vaccine, are now immune to the virus.

They may have the answer to the important question: Why do some people get sick, and others don’t? Studying these cases would contribute to finding vaccines and treatments that are less likely to be affected by the changed strains.

“It’s basically about what the best-case scenario looks like, which also helps to expose the error in people who have no control over the virus,” says Leo Swadling, an immunologist at University College London.

And while it’s hard to believe that at this point in the pandemic, there are still a large number of people who have never contracted the disease.

It is possible that some of them have contracted the virus without showing any symptoms, they did not realize that they were infected, or they may have been exposed to the virus, but the tests did not give a positive result.

However; Half of the population infected with the virus is itself a huge number. It is estimated that the Spanish flu of 1918 infected only 25% of the population of the United States at the time, despite the fact that it led to a huge death toll.

At the start of the pandemic, Swadling sought to find out more about the few lucky ones who did not contract the disease.

“We were particularly interested in studying people who were exposed to the virus, but they were able to control it very quickly, and their bodies eliminated it before it multiplied to a detectable level, and before it caused an antibody response in the body,” says Swadling. “This could potentially help us understand which types of immunity are best for protection against reinfection,” he added.

Swadling and several colleagues in London published a study in the journal “Nature” last November, in which they presented an assessment of a group of healthcare workers in the United Kingdom during the first wave of the pandemic.

They found that some health care workers who had been exposed to the virus were able to rid their bodies of it, even before it triggered the production of antibodies to fight the virus.

It turns out that for them; Previous exposure to other coronaviruses that infect humans, such as those that cause symptoms similar to the common cold, has helped their bodies resist the emerging coronavirus.

This is because T cells that are an essential part of the body’s immune response have been able to detect and target genetic elements from other seasonal coronaviruses, which are also found in SARS-CoV-2.

This means that their bodies were able to attack the emerging virus without producing their own antibodies.

Remarkably, the T cells produced by healthcare workers targeted a different part of the virus than the T cells of people with detectable coronavirus infection.

Swadling explained that while T cells from vaccines and from the previous infection with detectable Covid-19 attack the spike protein, which is exposed to many variants; In health care workers, T cells targeted the virus’ core.

Researchers call these T cells, which appear to be effective against different coronaviruses, “cross-reactive.”

about it; “We have identified new parts of the virus that we can add to vaccines for the purpose of improving them,” Swadling says. He noted that these improvements may make vaccines better at protecting against infection and more effective against mutated variants, as well as offering greater protection for people who are immunocompromised.

Fending Off The Infection

Immunity to a virus usually occurs when the body is able to recognize a pathogen and effectively fight off an infection or disease.

Antibodies, such as those acquired from previous vaccines or infections, attack the virus as soon as it enters the body.

T cells act as another line of defense that prevents the spread of infection and disease progression when the virus reaches the body.

While messenger DNA vaccines such as those made by Pfizer and Moderna work by training the body to produce antibodies safely without infection, they also stimulate the production of T cells and B cells.

For this reason, these vaccines protect against the need for hospitalization, even if they do not completely prevent infection.

Although the antibodies are low, The T cells remain there to help fight infection more quickly.

The authors of the study believe that the T cells they found, that is, that target the core of the virus, provide better protection against mutated strains, thanks to their ability to attack a key part of the virus that is less susceptible to mutations compared to the spike protein.

According to their theory; Targeting these aspects of the virus could make vaccine doses more effective.

Meanwhile, laboratories are working to develop a single dose of a vaccine that can provide broader protection against all mutated variants of Covid, and at least one company, Gritstone Bio, is looking to test Swadling’s theory, as others have also come to similar conclusions.

What was reported on Swadling and his colleagues. One study found that members of some families who did not contract the virus despite exposure to it were protected by T cells caused by exposure to previous coronaviruses.

Another study from January found that some children who did not develop antibodies to the Covid virus; They also have T-cells that cross-react, which explains in part why children’s symptoms are generally mild.

It is very difficult to estimate how many people have this high immunity. Some people may have avoided the virus through their consistent cautious behavior, or simply thanks to luck.

But perhaps more important than knowing how many people are in this category; It is knowledge about immunity that can be gathered by studying what characterizes these people.

“T cells live for a long time, so we may not need repeated doses of the vaccine,” Swadling adds, noting that a study of superimmunity could help us fight Omicron and any other mutant strain in the future.