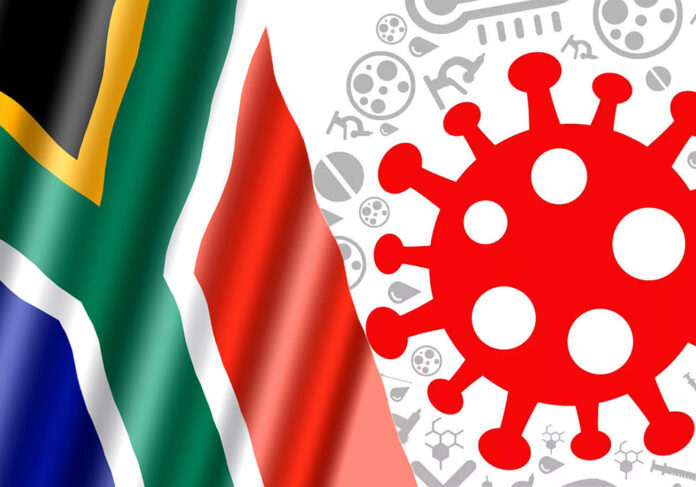 At a time when the world is still fighting the Coronavirus, and hopes that the high frequency of vaccination will help reduce infections, the announcement of the emergence of a new covid variant in South Africa raises concern, as scientists warn that it represents a new leap in its mutation.

The New York Times said that South Africa’s announcement yesterday, Thursday, of detecting a worrying new covid variant in South Africa, which scientists indicated is a great leap in the virus mutation, has prompted many countries to impose travel restrictions from the region.

Yesterday, Thursday, South Africa confirmed the discovery of the new strain, saying it was worrisome.

There is an “extraordinary set of mutations”, de Oliveira added, and it is “completely different” from the other mutations that have spread.

He added, “We were surprised by this mutant. It made a huge leap in evolution and made much more mutations than we expected.”

De Oliveira explained that there are a total of 50 mutations and more than 30 on the spike protein that surrounds the virus, which is the target of most vaccines and the key that the virus uses to open its entrance to the cells of the body.

Scientists say that this mutant can be a source of real danger, because the 32 mutations that were detected in the “spike protein” found on the surface of the Coronavirus, enable it to evade human immunity easily, and thus the virus spreads rapidly among humans.

Within hours, Britain, Israel and Singapore announced restrictions on travelers from South Africa and several neighboring countries, due to the threat posed by the new variant.

On Friday morning, markets in Japan were pulled back by the discovery, while officials in Australia and New Zealand said they were watching the new covid variant in South Africa closely.

During the past two days, scientists monitored the B1.1.529 covid variant after they detected an increase in infections in the city of Johannesburg, which represents the economic center of South Africa.

So far, 22 positive cases of this variant have been detected in the country, according to the National Institute of Infectious Diseases in South Africa.

Two cases were reported in Hong Kong, both apparently linked to a person who had traveled from South Africa, while no infections have yet been detected in Britain.

The New York Times said that a number of variants have emerged since the beginning of the pandemic, one concern about it is whether it will hamper the fight against the virus or reduce the effectiveness of vaccines.

South African scientists will meet with the technical team of the World Health Organization today to discuss the new covid variant in South Africa.

But governments are not waiting for restrictions to be imposed, by Thursday evening, the UK banned flights from South Africa, Botswana, Namibia, Zimbabwe, Lesotho, and Eswatini, and the six countries will be added to the countries’ red list, which will require British travelers coming from those countries, to enter into quarantine upon their arrival.

The newspaper pointed out that scientists did not yet know the effectiveness of the currently available vaccines against the new covid variant in South Africa, which has mutations that may resist vaccines.

Richard Lessels, a specialist in infectious diseases, says that there is a similarity between this variant and the two variants of lambda and beta, which are linked to an innate evasion of immunity.

“All of these things raise some concern for us that the new covid variant in South Africa may not only increase its transmissibility and then spread more efficiently, but it may also be able to maneuver the immune system and the protection we provide through vaccination,” he added.

The new covid variant in South Africa is largely detected among young people, the group with the lowest vaccination rate in South Africa. A quarter of South Africans aged 18 to 34 have been vaccinated, according to the country’s Health Minister Joe Phaahla.

While cases of the new covid variant in South Africa are mainly concentrated in the country’s economic hub, particularly in the capital, Pretoria, it is only a matter of time before it spreads across the country with schools closed and families preparing to travel for the holiday season, according to the minister.

On the other hand, the European Union said it plans to stop air travel from the South African region to counter the spread of the new covid variant in South Africa cases at a time when the bloc is facing a huge rise in infections.

German Minister of Health Jens Spahn said the last thing he needed now was to bring in a new variant that was causing more problems. European Commission President Ursula von der Leyen said in a statement that she proposes, in close coordination with the member countries, to activate a state of emergency to stop air travel from South Africa. Germany said von der Leyen’s proposal could be implemented as soon as possible.