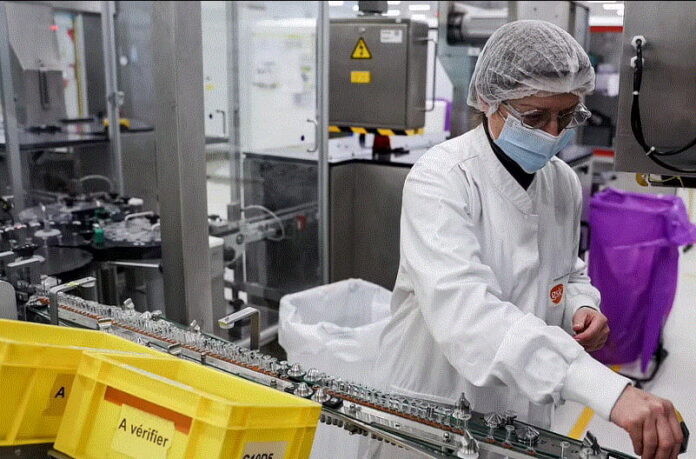 The British pharmaceutical company GlaxoSmithKline (GSK) revealed that its new Covid-19 vaccine against the Coronavirus, has achieved good results in initial laboratory tests, and human trials are expected to begin this year, and UK has scheduled to order up to 50 million doses of the new vaccine.

GSK said that the vaccine can be used to create a so-called multivalent vaccine that will be designed to protect against many variants of Coronavirus, according to what was published in the British newspaper “Daily Mail”.

The first version of the vaccine developed by the German company failed in large-scale experiments; The latest trials were conducted in collaboration with Harvard University and included macaques had been vaccinated with either the original vaccine or a new version, known as CV2CoV.

The Times reported that human trials are expected to begin later this year. Britain said in February, and ministers suggested that the project would lead the UK to develop its own mRNA vaccines capacity.

GSK, one of the world’s largest vaccine companies, has been criticized for delays in producing a successful coronavirus vaccine, and its new vaccine is based on the same type of mRNA technology found at of Pfizer and Moderna.

And the Times reported, that while Moderna’s Covid-19 vaccine was approved for all people aged 12 to 17, with a review by the Medicines and Healthcare products Regulatory Agency, the drug watchdog, it found the vaccine to be safe. It is effective in children.

Both Moderna and Pfizer vaccines against the Coronavirus have been linked to myocarditis, a rare heart problem believed to affect about one in 20,000 young people. Those under 16 years of age.

The newspaper pointed out that the new Covid-19 vaccine stimulates more robust immune responses, with higher levels of antibodies and stronger activation of the so-called “memory B” and “T” cells, which are important aspects of the body’s defenses against the virus.

It was also found that monkeys vaccinated with the new vaccine were better protected when exposed to the virus and the companies said in a statement that there is a “highly effective removal of the Coronavirus in the lungs and nasal passages.”

“mRNA technology is a key strategic priority for us, and we are investing heavily in a number of mRNA programs focused on collaboration with CureVac,” said Rino Rappuoli, Head of Vaccine research and development (R&D) at GlaxoSmithKline (GSK)

“The robust immune response and protection in preclinical testing of this second generation backbone mRNA is very encouraging and represents an important milestone for further development,” explained Rappuoli.

All children between the ages of 16 and 17 are already invited to get the Pfizer vaccine and do not need permission from a parent or guardian to get the vaccine, but currently, only people under 16 who live with vulnerable people or have a weak immune system are invited.

However, health chiefs hinted last week that UK could follow the US lead in vaccinating all children over 12 years old.