You Can Be Infected With 2 Coronavirus Variants At The Same Time – Is It True? 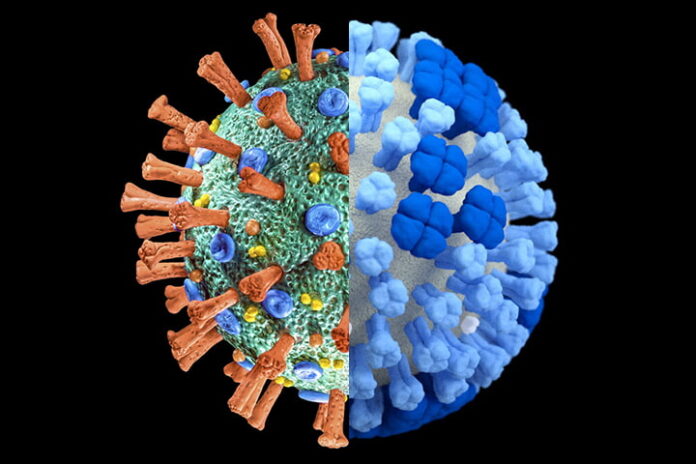 Experts have warned of the possibility of coinfection with two different variants of the Coronavirus at the same time, after it was revealed that a 90-year-old woman was infected with two strains of alpha and beta, which were first detected in the United Kingdom and South Africa, according to what the BBC reported, and those two variants are the most worrying to experts.

And the BBC indicated that this woman died last March in Belgium, and had not received a vaccination, and the treating doctors suspected that the infection was transmitted to her from two different people, and researchers believe that this woman was the first case of its kind that was documented, despite other double infections appear, but they are rare anyway.

Countries that Have Reported Cases of Two Different Variants of Coronavirus

This year’s European Conference on Infectious Diseases is highlighting this case. And last January, researchers in Brazil discovered two people infected with two strains of the Coronavirus at the same time, and one of these two strains was gamma.

And recently in Portugal, researchers monitored a 17-year-old young man with a second type of coronavirus, while he had not yet recovered from the first type he had captured.

The Ninety-Year-Old Passed Away

According to the BBC, the ninety woman, who was infected with two different strains of Covid-19 at the same time, was taken to the hospital after she suffered from some respiratory symptoms that developed after that before the patient died.

The laboratory tests of this woman, upon entering the hospital, revealed that she had two different copies of the epidemic virus, alpha and beta.

Researcher: The Old Lady Was Infected By Two Different People

Belgian researcher Anne Vankerbergen said, “These two variants are widespread in Belgium at the present time, and therefore it is possible that the old woman received the infection through two different people.

Unfortunately, we do not know how the infection occurred. The old woman lived on her own, but many people cared for her.

The researcher added that it is difficult to be certain that infection with two strains at the same time played a role in the rapid deterioration of women’s health.

The Coronavirus has witnessed a number of modifications that increase its ability to confront attempts to confront it.

Scientists are watching these mutations closely, and they consider the most dangerous at the moment and the most widespread are delta and delta plus variants.

Experts express confidence in the effectiveness of existing vaccines against the Delta variant. Researchers are currently working on developing a new vaccine that is more effective against new variants of Coronavirus and can also be used as an immune booster.

Lawrence Young: Infection With Two strains is not a Surprise

Lawrence Young, a virologist at the University of Warwick, UK, said: “It is not surprising that two dangerous variants were detected in one person – they may have been transmitted to him through one person who had them together, or through more than one infected person.”

Young believes that more studies are needed to find out whether coinfections with more than one variant of coronavirus at the same time would affect the effectiveness of vaccines and thus worsen the patient’s condition.