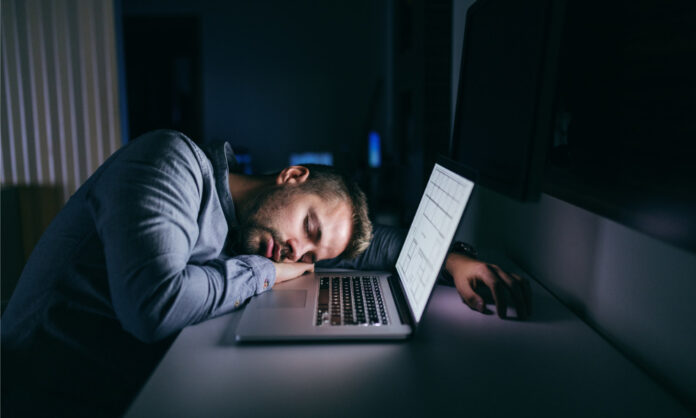 The World Health Organization and International Labor Organization warned that working long hours caused 745,000 deaths from either stroke or heart disease in 2016, an increase of 29 percent since 2000.

In the first global analysis of the loss of life and health associated with working long hours, the World Health Organization and the International Labor Organization estimated that in 2016, 398,000 people died from a stroke and another 347,000 from heart disease as a result of working at least 55 hours per week.

The World Health Organization added that between 2000 and 2016, the number of deaths from heart disease due to long working hours increased by 42% and stroke by 19%.

The burden of work-related disease is particularly evident among men, where the death rate among males is 72%, and people who live in Western Pacific and Southeast Asia regions and middle-aged or elderly workers are between the ages of 60 and 79 who have worked for a period of time. 55 hours or more per week between the ages of 45 and 74.

The study concluded that working 55 hours or more per week is associated with an increased risk of stroke by 35% and an increased risk of death from heart disease by 17%, compared to working between 35 to 40 hours per week, and the study also indicates that the number of people People who work long hours are on the increase, and it currently stands at 9% of the world’s total population.

Read Also: How to overcome covid loneliness with AI

The new analysis comes as the Covid-19 pandemic sheds light on managing working hours, indicating that the epidemic is working to accelerate developments that could fuel the trend towards increasing working time.

In this regard, Tedros Adhanom Ghebreyesus, Director-General of the World Health Organization, said: “The Covid-19 pandemic has dramatically changed the way in which many people work, and remote work has become the norm in many industries, and it often blurs the boundaries between home and work.

“In addition, many companies have had to reduce or stop operations to save money, which has pushed people who are still on the payroll to work longer hours,” he added.

“No job deserves the risk of stroke or heart disease, and governments, employers and workers need to work together to agree on limits to protect workers’ health,” Ghebreyesus emphasized.

In the same context, Maria Neira, Director, Public Health, Environment and Social Determinants of Health Department (PHE), Climate Change and Health Division at the World Health Organization, said: “Working 55 hours or more per week is a health risk, it is time for all of us to wake up, governments, employers and employees, and realize the fact that long working hours can lead to premature death. “

Digital Operating Rooms, What Are The Latest Technologies?

The Cost of a Dental Crown: What You Need to Know

How Long Does The Shingles Vaccine Last? When Should You Get Another Shot?