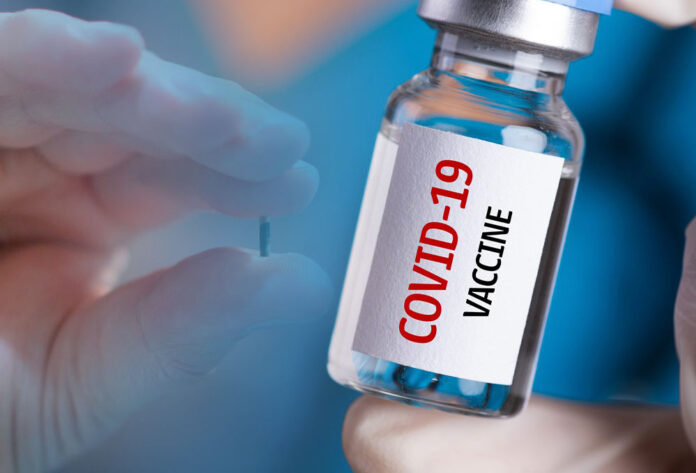 Social media is full of videos and photos with allegations that it shows “a magnet sticking to the arms of people after receiving Covid-19 vaccines, proving that these vaccines contain metals or microchips, which are injected in the bodies of vaccine recipients,” according to the claim.

What is the Truth of Covid-19 Vaccines Contain Microchips or Metals?

In the video clips, people are shown placing a magnet on their arms, at the site of the Coronavirus vaccine injection, to stick to it.

The following allegations were attached (without intervention or correction): “Many clips about a magnet attached to the hand in which the Pfizer vaccine was injected. The experiences were validated with friends and family who took the injection …”, and also “People after they had taken the Covid-19 vaccine (Pfizer/Biontech). They discovered that the place of vaccination attracts any magnet. “

Likewise, the same allegations are being circulated, via social media accounts, that have published similar video clips.

But these video clips are not evidence of a magnetic reaction after getting Covid-19 vaccines, nor that the vaccines contain microchips, as is claimed.

Where is the Truth?

First, any of the Covid-19 vaccines approved in the United Kingdom or the United States do not contain any metal components (here, here, here and here), according to what Reuters indicates.

It is also reported that the vaccines authorized for use in emergency situations in the United States do not contain any aluminum, as do the vaccines for AstraZeneca and Sputnik V, according to the Associated Press.

Associated Press also mentioned that “some Chinese Covid-19 vaccines, as well as some vaccines used against other diseases, use small amounts of aluminum to help enhance the immune response.

But this method is safe, and the amount of aluminum in it is small compared to what humans face elsewhere in daily life”.

Dr. Christopher Gill, an infectious disease specialist and associate professor at the School of Public Health at Boston University, said that “it is wrong to suggest that the aluminum in some vaccines causes serious health problems,” noting that the safety of aluminum auxiliary materials “has been subjected to long research, and no harmful effects have been discovered.”

“The amount of aluminum in a typical vaccine is very small – about a thousand times less than the recommended safe dose for aluminum exposure,” he explains.

Also, it is also “much less aluminum than we are exposed to in the things we eat, drink and touch on a daily basis,” according to Dr. Paul Offitt. Paul Offit, pediatrician and director of the Vaccine Education Center.

“A lot of the food we eat contains small amounts of aluminum,” Offit told the Associated Press. “The amount of aluminum we encounter in vaccines is less than what we encounter in the environment, as long as we live on planet Earth.”

This view is supported by researchers at the University of Oxford, who told Reuters about aluminum in some of these vaccines, “It is not more harmful than the minimum quantities found naturally in almost all foods and drinking water.”

Second, even if the Covid-19 vaccines contain metals, they will not cause a magnetic reaction. Medical experts at Meedan Health Desk told Reuters: “The amount of metal that must be in a vaccine in order to attract a magnet is much greater than the quantities that could be present in a small dose of the vaccine.”

They add that all humans are naturally “slightly magnetic” because they contain trace amounts of iron.

However, the combination of iron and water in the body repels the magnets very little, and this function is the basis of magnetic resonance imaging (MRI) scanning, which allow doctors to evaluate human body organs in hospitals (here).

Also, Professor Michael Coey of the School of Physics at Trinity College Dublin describes the circulating claims as “complete nonsense”. He explains to Reuters, “You will need one gram of iron to attract a permanent magnet at the injection site,” and this is something “you will feel easily” if it was present.

He says: “By the way, my wife received her second dose of the Pfizer vaccine today, and I had it more than two weeks ago. I have verified that the magnet is not attracted to our arms!”

Another confirmation by Edward Hutchinson, a professor at the Virus Research Center at the University of Glasgow in Scotland, who tells Newsweek that “Covid-19 vaccines were not produced using especially magnetic materials.” “Even if that was the case (which it isn’t), you would need to insert a large mass of magnetic material under the skin to get the movement through the skin, which the videos claim is happening,” he adds.

Also, Al Edwards, an assistant professor of biomedical technology at the University of Reading, assures Newsweek that “there is absolutely no way” a magnet can stick to a person’s arm after an injection.

“There is nothing magnetic in the vaccine formulations. Most of what is injected is very pure water, plus some simple salts to make the injection less painful, and a very small amount of the vaccine,” he says. “The ingredients of vaccines vary depending on the manufacturer. But they generally include a small amount – usually a microgram, in other words less than 0.1 grams – of biological material,” he explains.

“This could be a protein or sometimes an RNA or similar nucleic acid, and sometimes it contains some lipids,” he continues. And “Lipids are just a fatty part of cells. The cell membrane consists of a thin layer of lipid, which keeps the cell contents inside.”

“The body is made of exactly the same type of biological building blocks. Therefore, there is no way that injecting a small portion of this substance can have any effect. Most food is made of similar molecules, and eating food does not make people magnetic,” he explains.

Edwards notes that “it is only possible” that some needles would be magnetic, if they were made of the correct type of steel. He doubts that, since most needles are made of stainless steel, which is often not magnetic.

He says, “However, under no circumstances will the needle be left (in the arm) after vaccination. It is an incredibly fine needle, and it is only placed in the arm for a few seconds. After that, the health care worker drops it safely.”

Another scientific opinion supports the previous scientific opinions. There is nothing the magnet can interact with, it’s the proteins, fats, salts, water and chemicals, which keep the pH level, “. That’s Everything, so this is not possible. ” Dr Thomas Hope, a vaccine researcher at Northwestern University, told AFP.

Is there any Microchips in Covid-19 Vaccines?

No again. Covid-19 vaccines do not contain microchips that cause this magnetic interaction, as it is also claimed in recent publications.

Factcheck.org quotes Lisa Morici, an associate professor at Tulane University’s School of Medicine, who studies vaccines, that the components in “messenger RNA” (mRNA) and “adenoviruses” vaccines are simply “DNA.” DNA and RNA, fats, proteins, salts, and sugars. All of these ingredients are found in many foods, vaccines, and medicines. “

“The microchip is of course a myth spread on social media. The term” micro “refers to the size of the chip, which is equivalent to a micron in size (a micron or micrometre is equivalent to 1 × 10 ⁻⁶ meter), while the messenger RNA vaccines and viruses Adenoids are nanoparticles, which means nanometers, meaning “one billionth of a meter” (1 × 10⁻9 meter).

Consequently, vaccines are a thousand times smaller than a microchip, and the microchip cannot be inserted into the vaccine “.

Simple experiment … and see for yourself

And what is seen in the video clips, a very simple explanation.

Mick West, a British-American science writer, introduces it in a video he publishes on his YouTube account, as well as on the scientific verification website Metabunk.org. In it, he himself conducts a test on a coin to show that it is just “an old Carnival trick.”

It explains that magnets, coins or other smooth objects will stick to different parts of the body, including the nose, if the skin is a little oily. He says, “Remove the sebum, and the thing will not stick” to the skin.

He continues, “Some people have naturally oily skin, others use lotions regularly, or you can add a few of them yourself for the trick …” And “it has absolutely nothing to do with vaccines.”

So, the allegations that the video clips show “a magnet attached to the arms of people after receiving Corona vaccines,” which proves that “these vaccines contain metals or microchips,” are false allegations.

Covid-19 vaccines do not contain metals or microelectronic chips that make the recipient magnetic at the site of the injection, as confirmed by many experts in physics and medicine. And what is seen in these clips may have a simple explanation, according to a video experiment: slightly oily skin.

If you liked this article, please don’t forget to share your thoughts and best with HBC in the comments and let us know your opinion about this myth that Covid-19 vaccines contain microchips or metals. If you have valuable content to share on Healthcare Business Club you can publish your content for free and share your knowledge with all healthcare business professionals, send your articles to the HBC editorial team on [email protected] please don’t hesitate to contact us at any time.